What a joy it was to watch Stones Throw recording artist Gabriel Garzón-Montano get lost in his art and deliver a stellar performance. As soon as he took to the stage at the Stones Throw Superfest and began unfolding his soulful sounds, the crowd started to swarm in and could not walk away; transfixed on the talent that was pouring out his soul with every note.

Gabriel has a way of captivating an audience all on his own, without a band; just him, the piano, and his voice. One thing that was noticeable was the way he was able to affect anyone of any background. A lot of times artists struggle with being able to connect with different types of people, but there is something about his music that appeals to the ear of any person from any background. He has an essence about him that is akin to the likes of D’angelo, and the smooth sounds that harken to the likes of Maxwell. He was able to perform his music in a way that was able to catch the ear of the everyman, displaying his true artistry that was as bright as the flowers that adorned and surrounded his instrument.

He was able to cover a wide range of emotions as was demonstrated by his changing up the vibe of his set by delving into darker elements and musical themes of his music. It impressively showed his ability to be versatile and probably made a lot of audience members more interested in who he was, where he comes from, and what else he could bring to the table as an artist. Gabriel Garzón-Montano definitely has the talent and, in my humble opinion, is one the very few artists that has an undeniable star quality and essence that exudes from his being naturally. 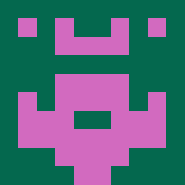 Lido Takes “30 Days In LA” On Trip Through The Spectrum of Love REVIEW+PHOTOS: Lido @ The Theatre at The Ace Hotel 11/9/16 For Red Bull Sound Select's 30 Days In LA