Like their other albums, On the Corner Where You Live is a concept album that Sam has described as “a collection of stories about these characters all living in an apartment building; I wanted to capture moments, feelings, it’s about people and their stories.” With lush new waves sonics, On the Corner Where You Live is an album that will set your soul at ease with its atmospheric vibe.

Opening for The Paper Kites was Tall Heights. This Boston based electro-folk duo of Tim Harrington (vox, guitar) and Paul Wright (vox, cello), accompanied by a drummer for this tour, has a uniquely organic sound, earthly even. In 2018, they released their album Pretty Colors For Your Actions and have been touring in support of it. Their performance was lively, and served as the perfect lead-in to the evneing’s main course.

The light and shadows cast through the carefully placed Venetian blinds combined with the El Rey’s aura of art deco past made for a beautiful sensory experience to remember. With dark and theatrical lighting variations from song to song, the mood in the dimly-lit theater took me back to the days when the El Rey played classic movies and made me feel like I was watching the final scene of Casablanca.

The infectious synthesizers and sensual melodic vocals moved the entire audience to sway back and forth all evening. With mesmerizing guitar riffs and powerful lyrics, the music was soothing, nostalgic, heart-wrenching, relieving and introspective all at once.

After a couple of songs, lead singer Sam Bentley explained that there are two types of people in the audience – couples who are in love and embracing one another, and sad singles who can be seen shedding a single tear. After surveying the room, the adoring crowd erupted in laughter and cheers.

After the show, the band came out to greet and chat with the excited audience members, many of whom had attended their previous Los Angeles show several years ago.

I continued to enjoy their music on my drive home. 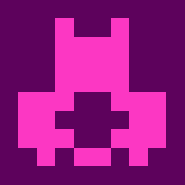 Zoe Sher is a music photographer in Los Angeles. Dedicated and passionate about the environment (M.A.), nature, society, culture, and the arts, Zoe loves capturing moments filled with emotion and energy. 3 things Zoe always has: her camera, dark chocolate, and a smile! :) Check her out at zoesherphotography.com and @zoesherphotography (instagram).

Sudan Archives Is Mysterious And Earthy At Intersect