Rockabilly And Swing Are Alive And Well With Brian Setzer And His Orchestra REVIEW+PHOTOS: THE BRIAN SETZER ORCHESTRA @ THE HOLLYWOOD BOWL 8/2/17

Hollywood, CA- After 25 years on the music scene, most people know of three-time Grammy winner vocalist/guitarist/songwriter Brian Setzer and his Orchestra. They know his big swing revival rock throws people into 50’s dance and his resonating raspy voice is going to get you off your seat. His 19 piece band and jump blues 4×4 rock music is reminiscent of a time when you tied up your oxford shoes, snapped your suspenders, buttoned your vest and pomaded your hair into a greasy slick. His rockabilly music is paying homage to when girls wore poodle skirts, fire engine red lipstick, pony tails and embroidered blouses. If you’ve every seen Jerry Lee Lewis, or the film Great Balls of Fire, it’s an uproarious upbeat tempo…all with the purpose to get you into a frenzy.

Last week’s Hollywood Bowl performance was Brian Setzer’s 25th Anniversary Concert and of starting his orchestra. Setzer began his rise during the early 80’s with giant pompadour hair and long side burns. Songs like Stray Cat Strut and Rock This Town exploded onto the Top 40 charts. However, from what I remember it was the movies, La Bamba and Swingers, that brought him to the forefront of the Los Angeles music scene and kept him permanently cemented in pop culture.

Last Wednesday August 2nd, 2017- Brian Setzer was in traditional and explosive form. I imagine a rare moment would be if he sat quietly on the stage, told a story and played acoustic guitar solo, but that isn’t his kind of concert. Instead, his 19 member band jumped and danced while they played. Known as a “musician’s musician,” it is clear Brian has a natural and collaborative language with all the musicians and singers on stage. He also connected intimately with the 17,000 fans in attendance by giving them personal stories and instructions for certain songs. The brass section jiggled and swung their saxophones, trumpets and trambones left to right with great swagger. The pianist, Kevin McKendree, jammed standing up…sliding his hands across all 88 keys like fire was attached to his fingers. During the two-hour set, Brian and his jivin’ rugrats also created comedic and theatrical-like moments. His bassist, Johnny Hatton, dragged his large silver string instrument around like it was his “ball and chain.” Then, he jumped up and stood on top of it, while continuing to slap his bass. Kevin became a guitarist, so that Brian could jump atop of drummer, Noah Levys’, drums…all the while still playing guitar. In fact, many of Brian’s musicians were talented in playing several instruments. Listening to Brian’s Orchestra wasn’t just a pure audible glee but watching was equally an eye candy spectacle.

Coming to a concert like this, you must prepare. Many of the fans were dressed up in rockabilly outfits. First chance they got, they began to swing dance in the aisles and walkways of the Hollywood Bowl. It’s not something you see every day at this venue, especially when ushers are dedicated to keep everyone in check with their correct seat and section. In fact, it would have been wise to create a dance section for those whom wanted to swing!

My favorite songs of the night were: Stray Cat Strut, This Cat’s on a Hot Tin Roof, The Dirty Boogie and Jump, Jive an’ Wail (a Louis Prima cover). Encore was everyone’s favorite, Rock This Town. While he and his orchestra played spectacularly, I couldn’t believe Brian Setzer’s range hasn’t changed in 25 years. He played I Won’t Stand In Your Way and Slow Down Folsom Prison Blues with minor chords, as if his vocals could go up and down any scale with ease. What’s also surprising is how humble Brian is. He shared a story about his first gig with his 17 piece band and the 30 people in the audience. He didn’t know what was to come or if a resurrection of swing and rockabilly would be accepted. He just loved it and did it anyway. This dedication and passion is clearly exhibited by all the musicians and singers on stage.

As one of the “greatest living guitarists” today, Brian Setzer and His Orchestra revived rockabilly and swing by demonstrating exceptional musicianship. They were also rewarded with a standing ovation for ten minutes…deservingly so.

Millennials in the Workforce, A Generation of Weakness 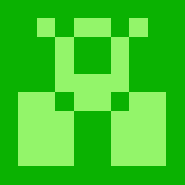 Cat Power Lulled YOLA DÍA Into A Mellow State Of Mind Check out our thoughts, photos and found video of the performance at YOLA DÍA!