“I love performing, it’s just all that other stuff… All that living in a fish bowl, Hollywood stuff… It kinda made me want to disappear. I guess I did a pretty good job of that”  -Shaun Cassidy, El Rey Theatre, Los Angeles, 02 June 2022

LOS ANGELES, CA- On a recent warm evening in late spring I watched with anticipation as 1970s teen pop sensation Shaun Cassidy confidently strode onto the stage of the sold-out El Rey Theatre in Los Angeles wearing a simple black suit and carrying an acoustic guitar. It was the opening date of a 12-city nationwide tour and after a 40-year hiatus from performing, Shaun was back. He still looked much the same- the years have treated him very kindly. The teenager, whose posters once graced the walls of a million pre-pubescent girls, had rejected the teen dream pandemonium before he even turned 21. That was 1980. Now that he had crossed into his 6th decade, possessing a successful TV writing/producing career, with several marriages and many children behind him, he was back to reclaim his love for performing.

“After all these years, there’s been one thing I’ve missed, one thing that’s never stopped calling to me. The one thing I could never forget- YOU.”  -Shaun Cassidy, El Rey Theatre, Los Angeles

I was one of those little girls in 1977 who fell madly in love with the teen sensation who stared back at me from the glossy centerfolds of Teen Beat and Tiger Beat magazines. His safe cute looks, sandy blonde hair, and big puppy-dog brown eyes were created for our first crushes. Nearly a whole generation of American girls aged 7 to 13 fell head over sneakers after his first television appearance in 1977 as one of the Hardy Boys. To add a double bubble extra chewy mouthful of sweetness to this experience, Shaun also was a pop singer, so there was yet another reason for girls like me to go crazy for him.

But here we all were, decades later at the El Rey Theatre, Shaun and his fans, all of whom still had a heartfelt love. I knew exactly what the audience’s demographic would be – women primarily in their 50s, with the occasional guy thrown in. It was certainly a long wait to stand in the women’s restroom line this particular night at the El Rey. Although doors were set to open at 8 pm, it was not surprising to find that some fans lined up starting mid-afternoon, carrying their Shaun Cassidy scrapbooks and child-collected memorabilia. After all, this man had dug a deep spot in many of our hearts. The neon El Rey marquee proclaimed his name in big block letters and our teen idol was back again, finally.

“I didn’t go far,” Shaun explains to the audience as he takes the stage, “I’ve always loved telling stories, and for the last three decades or so, that’s exactly what I’ve been doing. Working as a storyteller, as a writer, in television mostly, and as a father at my children’s bedsides… It’s kind of miraculous that we’re all here for a million reasons. My last real tour ended in 1980 at the Houston Astrodome for 55,000 people. I don’t know where the rest of those folks are, but I’m glad you are here.”

The stage, just like Shaun’s wardrobe, was simple tonight. Just a piano and two musicians, Kathleen Sieck on keyboards and nephew Cole Cassidy on electric guitar. No silver satin jumpsuit, no paper hoop to jump through, as Shawn had done to make his stage entrance during his 1978 concert tour, playing venues the size of stadiums. The only hoop to break through tonight was in Shaun’s mind, performing for the enjoyment, rather than the need, to an audience who once-upon-a-time adored him with an almost unhealthy passion and then rejected him just a few years later as we moved into junior high.

Tonight Shaun comes across as extremely humble and genuine, as he intersperses songs with funny and fascinating stories about his life. He tells of his childhood, of his famous parents- actor Jack Cassidy and mother Shirley Jones- and of his half-brother, David Cassidy, who as another teen idol let fame help destroy him. As we all know, fame is fleeting, and having young success is not always the easiest path. Shaun seems to have a healthy self-awareness about the fame trip as he plays songs new and old, all of which fit seamlessly into his storytelling. Caught in a Teen Dream is pretty self-explanatory, although Shaun tells us that he actually wrote the song about the Bay City Rollers, rather than about himself, while Stranded in Beverly Hills is a song he wrote for his 8th-grade punk band. If I Loved You was performed by his mother in the movie Carousel and I’ll Meet You Halfway, was done by his brother David for The Partridge Family. Then of course there are the hits that we had all been waiting for: Do You Believe in Magic, Hey Deanie, That’s Rock ’n’ Roll, and The Da Doo Ron Ron. They all get the crowd moving and excited. Shaun’s voice is in perfect form and it is quite obvious that he is a natural-born performer; genes rarely lie. I begin to feel guilty about my childhood fickleness, ditching my first love Shaun for Freddy Mercury and Queen in 5th grade.

“So there I was playing all of these big places with record sales off the charts… And sure enough, just a few short years later, the audience and I came to an agreement. They agreed to stop buying my records and I agreed to stop making them.”

At age 9, I was one of the screaming girls who saw him play in April 1978 at Buffalo’s War Memorial Auditorium. It was a ticket bought as a surprise for me by my mother, who was tired of hearing about my obsession and has since passed away, way too young. I miss her every day. The wish to thank her for that experience echoed tonight in my head and heart. And this is exactly what Shaun Cassidy represents to a whole generation of women, a moment of coming full circle. It is not merely nostalgia- it is a part of us- the young girls we once were are a part of who we are now as adult women. Shaun will always be a part of our hearts, souls, youth, lives; someone we loved when romantic love was still many years away. 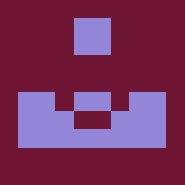