SAN DIEGO, CA- Few bands in the rock pantheon are as cherished by their fans as Sleater-Kinney. I would go so far as to say there’s a certain preciousness that permeates S-K fandom and it’s this preciousness that can at times seem to be both a blessing and a curse for a band that is nothing if not a driving force for change.

Sleater-Kinney’s latest album, “The Center Won’t Hold,” finds the beloved band crossing into new territory. This is the first of their albums to be produced by lauded indie icon St. Vincent, embracing a much heavier, layered sound than the group is typically known for and is also the last album with drummer and core member Janet Weiss.

The songs on “The Center Won’t Hold” reveal the (now) duo at their creative best, freeing themselves from the confines of expectations that come with being a band that ostensibly paved the way for a musical movement, riot grrrl, and whose sound has become emblematic of said movement.

Currently, on tour in support of their latest long-player, Sleater-Kinney hit the stage of San Diego’s Observatory North Park this past Tuesday night following a tour of the East coast to deliver to the masses songs new and old.

Talking to some in the audience this night, I was surprised to learn some have not yet taken to the new direction the band has charted with “Center.” There was a hesitancy by a few to fully accept the bold strides made on the new album but those devotees holding onto some idea of what Sleater-Kinney was are ultimately doing a disservice to themselves as fans.

Longtime followers of S-K will no doubt be familiar with the band’s unique blend of a brash and heartfelt stage presence that has endeared them to audiences over the years. Particularly when performing songs from the new album, their electric joy was on full display this night and then some. Having seen the Pacific Northwest natives several times before, I feel confident saying that I don’t think I’ve seen the duo of Carrie Brownstein and Corin Tucker having as much fun on stage playing together than they did here.

That same playfulness carried over into the band’s stage setup for this tour, utilizing a German expressionistic backdrop straight out of “The Cabinet of Dr. Caligari.” It was a nice touch and perhaps a direct signal to devotees that this is not the Sleater-Kinney of old. Here we find the Brownstein and Tucker rejuvenated and inspired with a sense of drive and desire I haven’t seen in some time from the two.

Following an exhilarating set proper that included blistering renditions of “Jumpers” and   “Entertain,” both off “The Woods,” Brownstein and Tucker returned to the stage alone together to perform “Broken,” the final track off “The Center Won’t Hold.”

The song played during the encore is perhaps the most raw and direct track on the album and the line, “She stood up for us when she testified,” struck a nerve with the audience, garnering applause from nearly everyone in the theater. I was curious to see how that song in particular would be received by a live crowd and it’s clear its impact and strength as both a composition and a cathartic rallying cry is undeniable. It was a powerful moment of reflection in night otherwise made up of  dancing and singing along to every word to every song.

A set back as severe as the loss of a key member of a group can have an immeasurable impact of the makeup of any band and to come back from such a loss in addition to challenging your own audience a fresh sound is usually a recipe for disaster but Sleater-Kinney is anything but usual. Ever undaunted, the duo of Tucker and Brownstein have proven themselves to be nothing if not survivors and as the night closed on their performance in San Diego, one thing was clear: whatever form or shape this group may take as they evolve, Sleater-Kinney continues to be a force to be reckoned with.

Joe Rogan Chops It Up With The RZA & Donnell Rawlings 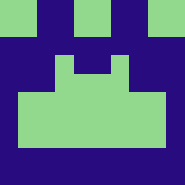 STREAM: Qveen Herby’s ‘EP .1’ And Watch As She “Busta Rhymes”

The Belle Game Fear/Nothing Living In The Abstract BC INTERVIEW+REVIEW+PHOTOS: THE BELLE GAME @ THE WILTERN 10/28/17