Editors Note: Emilie Svensson is a contributor to Blurred Culture and we fully support her creative endeavor.

LOS ANGELES, CA- Imagine if you could wake up one morning and be the change you wanted to see in the world. That you decided, screw it, if the world isn’t going to give me what I want, then I’ll take it. That’s what Los Angeless (yes, the spelling is intentional) co-creators Emilie Svensson and Jasmine Chiong thought when over a cup of coffee, they traded stories of being passed over for directing opportunities. Often, the jobs went to their male counterparts with less experience. Sick of this, the duo decided they’d prove themselves by creating an anthology series based on the city that tries its damnedest to hold them back.

Things only picked up speed when the pair befriended local filmmakers Sarah Tither-Kaplan and Lulu Jovovich, who wound up becoming producing partners on the series. From there the team picked up several local female talents and quickly ballooned from four people, to a total of fifteen. A diverse range of members, the Los Angeless team runs the gamut of jobs and life experiences. Over half the team is made up of women of color, and nearly a third are part of the LGBTQ+ community. Some have previous directing experience, others are writers, even actors. All of them having something to prove. Together, they form their own Avengers team of female filmmaking.

With a team in place, the project quickly took form. Pitched as Black Mirror meets Easy set in Los Angeles. Out of this came nine short film scripts, each with their own unique take on the city. The next step was the money, and like most indie filmmakers these days they turned to crowdfunding. Fueled by their unique concepts and approach to filmmaking, the team was able to gather the funding needed to put their dream into production.

Now comes the next step in their path towards success. Production costs money, but so does post-production. Sound, editing, color, music, all the stuff that people take for granted when they watch a movie. Perhaps even more important than that are the submissions to film festivals. Many may not know, but film festivals are where careers are made these days. The anthology is perfect for most short film categories. The team has turned to crowdfunding one last time to get what they need to see this thing through. At the time of this writing they sit at $7,045 of their goal of $25,000. With seventeen days left in the campaign, time is of the essence.

On their website, the team is quoted as saying “We wanted to change the landscape of the entertainment industry by creating a project that elevates and empowers women.” During the filming of these short films, the project’s crew included more than 70% women and gave people over a hundred jobs. Nowadays, there’s nothing more important. No one is going to lift us up except ourselves and this project exemplifies the lengths these women will go to accomplish their dreams. Their passion is inspiring, and their success is a testament to the power of women in this industry.

One can only hope that this project becomes a blueprint for those looking for a future in filmmaking.

More about the project, its films, and team members can be found: https://www.losangelessfilm.com/

To donate to the project, head over to their Seed & Spark crowdfunding page: https://www.seedandspark.com/fund/losangeless#story

Future - "Call The Coroner" & "Promise You That" 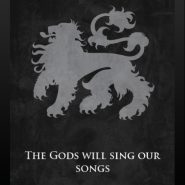 Man with worlds longest nails gets a much needed manicure Shridhar Chillal, 82, let his nails grow for over six decades. He cut them off this month. They are now on display in the Ripley's Believe It or Not! museum in New York City.

Cam Heyward Talks His “Punch” On Herbert, His Hopes For The Steelers

Asus unveils Zenbo, a robot for the home priced at $599 The Zenfone maker said it wants to enable 'robotic computing for every household'

Goldenvoice’s This Ain’t No Picnic Serves Up An Indie Darling Dish Of Musical Delights MUSINGS + ATMOSPHERE PHOTOS: This Ain't No Picnic 8/27/22 8/28/22