LOS ANGELES, CA- I remember perusing through YouTube a couple summers ago, desperately searching to find new music that reflected my mood. After coming across MØ’s quirky (then newly released) music video for “Walk This Way”, I was instantly hooked on her sound and style. Her stage name, meaning “maiden” or “virgin” in Danish, is an intentional contradiction on the lyrics she writes in her songs, touching on subjects like young, naive love and reckless fun. She quickly became one of my favorite artists and rapidly expanded her fame and audience with radio hits like Major Lazer’s “Lean On” and the more recent “Cold Water” featuring Justin Bieber. She’s got quite a few impressive collaborations under her belt,  but her solo cuts, like her most recent release “Drum”, are just as banging. After a solid opening performance by Tei Shi, I was ready for MØ to slay.

MØ is known for her killer live performances, and she didn’t disappoint. She opened up with a slowed down, mellow rendition of her groovy track “Don’t Wanna Dance” that led into “Waste of Time” and “Slow Love” from her debut album ‘No Mythologies to Follow’. She also performed a handful of new songs off her new album, including her recent singles “Kamikaze” and “Drum”, both of which the crowd went crazy for.

MØ was a ball full of vibrant energy on stage, careless and confident with her dance moves. What I found most impressive was, throughout all this movement, she managed to hit all the notes and never skipped a breath. She was exactly as talented as I expected her to be.

After all the excitement, she squeezed herself into the crowd for a sing-along and slowed it down a bit with a solo acoustic version of “Cold Water” before continuing on with the show. She finished off her set with “Final Song” ironically, as the lyrics are “don’t let this be our final song”… and indeed, it wasn’t. The crowd clapped for an encore, and MØ ran back out to end the night with her newest hit “Don’t Leave”, followed by the ever-so-popular “Lean on”. Through this entire set, I felt as if I was dreaming… I didn’t want the show to end. My love for MØ was revived. I can honestly say that she deserves so much more praise. As a long time admirer of her music, I couldn’t have imagined a better night.

The Aces Is A Sisterhood Bonded Through Music [INTERVIEW] 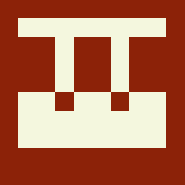 Ingrid Michaelson Gets Her Strange On In LA. Check out our photos and recap of The Dramatic Tour at The Wiltern Theatre.

Do A Thing And Watch The Video For Street Joy’s Infectious “Do A Thing” VIDEO: "DO A THING" BY STREET JOY