LONG BEACH, CA- Having lived in Long Beach for many years and advocating for the city against all the naysayers from Orange County and Los Angeles, I will stand by my man; my man being the city of Long Beach and all it has to offer. One major attraction being Music Tastes Good (MTG), a two day music and arts festival at Marina Green Park near Shoreline Village i.e. Long Beach’s Governors Ball.

Upon walking down Shoreline Drive, after my Lyft driver dropped me off much too far from the entrance, I could already feel the frenzy only induced by music festivals. What normally was Shoreline Village, a frequent and familiar spot to dine at all my favorite restaurants while literally being on the shore, had been transformed into a musical wonderland full of familiar faces, endless vegetarian and vegan options, and a sea breeze you won’t find at Coachella or FYF.

Although small, MTG was not oversold or uncomfortably packed and offered many tents for shopping, supporting, mingling, eating, glancing, or learning. A giant cassette mixtape titled Josh’s Mix held up with a pencil, an installation of stripped and orange/white/yellow/blue painted acoustic guitars, and a ten-foot tall neon sign lit up with the festival’s name were just some of the clever art pieces displayed throughout the festival grounds.

The first band to greet my eardrums was none other than Long Beach locals, Forest of Tongue. Although I do not know them personally, the Long Beach music scene is very tightly knit and residents can often find leaders of the scene all around the city, almost as if they are musical politicians for the LBC. Their post-punk, hardcore sound brought me back to my high school years (the early 2000s) and created a nostalgic feeling, despite never having heard their music before. Although I have since graduated from high school and emo music, I thoroughly applauded their powerful guitars and talented drum fills. More importantly, any band out there that features guitars prominently gives me the hope that rock and roll is certainly not dead.

Before Forest of Tongue could even play the last cord, the main stage, dubbed the Franklin stage this year in honor of Aretha Franklin, began to rotate and reveal Neighbor Lady. Just like their home state fruit, this band’s music was as tasty as a peach. The lovely voice of Emily Braden partnered with gritty guitars and melodic harmonies sent me off to a dreamland comparable to a place the Canadian band Land of Talk would also send me too. Simply put, all four members were dressed to the nines and I left their set wishing I was as cool and talented as any member of the band.

I ventured over to the Gold Stage to watch my friend, Jesse Carzello, play in the Ikey Owens Tribute Band. I’ve known Jesse for years as the leader of Long Beach band, Bobby Blunders, but had never seen him play with his other band, Free Moral Agents. From the moment I walked up to the stage, I knew the set was going to be amazing. Jesse is the master of combining both rock and roll with hip hop. Fuzz guitar paired with whirly effects and colorful visuals made for a tribute of which Ikey would have been proud. Long pieces of turquoise, mustard yellow, and salmon colored fabric blew in the wind while avant-garde drum beats mixed organically with warm synthesizers and funky bass lines. This tribute was the perfect example of how to blend rough with soft while honoring a great musician. Brandon, Ikey’s younger brother, also took the spotlight to close out the set with an unpredictable wall of sound, slowly building up to show a release of love.

I then watched Cherry Glazerr deliver true and pure rock and roll as usual.

Their energy was ignited through non-stop moving and dancing around the stage. The drums were tight and on point, while the guitars wailed with heavy distortion and grit. It’s a shame this band hasn’t taken over the music scene yet, but since they’re young, I see a long career ahead of them and their ploy to keep rock and roll thriving.

The band delighted also fans with a new song, but the name I don’t seem to recall the name of it right now, but you can peep some video of the song that we found online by clicking here.

Big Thief could not have been more of an opposite to Cherry Glazerr, but that isn’t necessarily a bad thing. Their music seemed to have been crafted by Mother Nature to pair appropriately with the late afternoon sun. They had some of the most memorable vocals of the festival and the rich and thick guitar tones reminded me of Bright Eyes heyday.

After, I ran into a friend who asked if I was going to see Princess Nokia. “Who?” I replied. “Just go watch her. Trust me.”

Sure enough, Princess Nokia did not disappoint. Her confidence flooded the audience and her humbleness to introduce her band mid-set made me appreciate her even more. Although on the surface she appears to be nothing more than a scantily clad, cute pop singer, Princess Nokia gave us something I’d like to call “emo rap.” It never dawned on me that two completely distinct musical genres could amalgamate so well together.

Her cover of Blink 182’s “I Miss You” was a pleasant surprise and reminiscent moment for the elder millennials in the crowd, while her snarky comedy proved it’s a good thing to not take yourself too seriously if you’re in the music business. Destiny Nicole Frasqueri— her name off the stage— sincerely closed out her set with a tribute to her brother, whom she referred to as Little Angel, and reminded us that it’s never too late or too right to be one’s true self.

Feeling empowered, I headed back to the Franklin stage to prepare. Being a fan of Santigold’s “Lights Out” from her self-titled album, I was excited to finally get to see her live.

The cover of her first album initially drew me in for it’s mixed-media, arts-and-crafts approach, but ten years passed and her music became a memory of my twenty-one-year-old self. Before her set even started, the audience was greeted with tissue paper pom-poms and gold, yellow, and pink streamers. We were all invited to a party, to her party, and once she entered in an epic fashion, it was game on, literally.

She was joined on stage by two dancers who were dressed ready to play and entertain the crowd at Wimbledon. Santigold’s green hair shined as bright as Daisy Buchanan’s dock light and despite being forty-two, she sang, danced, and performed with more gusto than any so-called performers seen on the Grammy’s. Pool floats with the designs of pizza, watermelon, pretzels, and beach balls flew over and through the swaying crowd as Santigold donned bright, blue pants and helped me to feel like a fresh-eyed twenty something again.

The time had finally come. Broken Social Scene started like a powerful tsunami crashed on us, yet pulling in more and more people as their opening progressed. “This is what music used to be,” I thought to myself as Emily Haines came out on stage.

Despite having a rotating lineup and taking a hiatus a few years back, Broken Social Scene exuded camaraderie as if they had been playing together every week since the band’s birth. Multilayered songs, grand horns, and crisp guitars demonstrated how truly talented all of these musicians really are.

They treated the Music Tastes Good audience with a performance of their sophomore album “You Forgot It In People” and as the set continued, I reverted back to my insecure, teenage self when Emily’s sweet voice sang the lyrics to “Anthems for a Seventeen-Year-Old Girl” and I tightly embraced my fiancé when “Lover’s Spit” filled the air. Between kind words of “keep fighting” and pink/red lights, Broken Social Scene evinced us all how to care again even though shit is rough.

Lastly, the hype for New Order was 100% factual. The band started their set with vintage videos projected on giant screens as crazy lights flashed on and off. The audience was sent back to the 80s and for many of the younger audience members, it was most likely the first time they had ever see footage of English punks and the Berlin Wall— cut to dreamy synth pop, powerful vocals, and a warm blanket of reverb.

The visuals and lighting changed for each song, informing the audience which mood or emotion to feel, and despite New Order playing music and igniting the atmosphere with sounds from the past, their set was also visually stimulating with its many color schemes pulling the younger viewers in to crowd. Ian Curtis would have been proud of his old bandmates and what they’ve managed to accomplish without him leading the way. I went home feeling melancholy and exhausted, yet ready and motivated for day two. 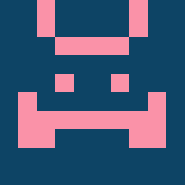 Stacey Renberg is a writer and English teacher living in Long Beach, CA. She will judge you for bad grammar, but will also make sure you walk away knowing how to be better. Her hobbies include changing the lyrics of songs to focus on her dog Rocky, doing poor impressions from SNL of cast members doing impressions of others, and learning hello, goodbye, and thank you in as many languages as possible.

Sarah Solovay’s “Trick Me” Will Have You Fall For Her [LISTEN] NEW MUSIC: SARAH SOLOVAY'S "TRICK ME"

15 Years Later And A Day To Remember Is Still Going Strong REVIEW+PHOTOS: A DAY TO REMEMBER @ PETERSON EVENTS CENTER 3/17/18

Migos – Walk It Talk It ft. Drake Its Friday and time to cut loose!

ICYMI: Drake and The Weeknd Perform “Crew Love” In Toronto