Los Angeles, CA- You can’t go wrong when you combine art, food, drinks, and incredible live music. On July 6th, 2017, I attended the first of four shows celebrating the Hammer’s summer exhibitions in the museum’s courtyard. The summer concert series, titled “Rebel Rebel”, is co-presented with KCRW 89.9FM and is free to attend, subject only to the venue’s capacity limits. On this kick-off of the “Rebel Rebel” theme, the line-up featured a 19 year old rock queen in the making Grace Mitchell and the super eclectic garage band WARGIRL.

The opening act, Long Beach based, third-world, garage pop band WARGIRL, was the most eclectic group I’ve ever seen or heard. They were diverse not only in their instruments, but also in their appearance.  The band members were varied in age, style and ethnicity, but they all occupied the same musical realm and fit together flawlessly. Their music relies heavily on percussion, and I felt like I was a lucky bystander witnessing a well-polished drum circle in the park. The presence of congas in the band gave the set a chill summer time vacation feel. One of my favorites of the night was the smooth and danceable song “Mess Around.” WARGIRL felt like modern ska punk with young adult angst at its best.

The main act of the night, Grace Mitchell, is one of those artists that you witness and can immediately tell that they are on some other other-worldly level. Her body language, stage presence, crowd gaze – they were all signs that she is not born to live a regular life, but rather, born to entertain. At only 19, she is effortlessly timeless, organically expressly her vintage influences. Everything about her style – the leopard print, the sheer, big hair, leather coat and her moves like Jagger – all gave me classic rock era feels.

Both her opening and closing songs were perfect examples of why she’s considered a “genre-bender”. She opened with the catchy dance jam “Jitter” that had a mini rap breakdown. Grace closed out the show with the catchy “Nolo”, which is the perfect example of why she is considered a genre bender. The song has an 80’s pop-rock feel but flawlessly incorporates hints of hip hop and even a bit of auto-tune. It’s a mix of styles that I personally have never heard before, and it makes for some pretty great music.

KCRW and Hammer Museum will continue their concert series with their next event on July 13 with Niia and SPELLES. 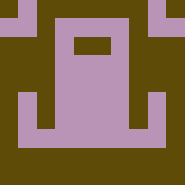