SnowGlobe Offers The Perfect Festival To Close Out 2017 REVIEW+PHOTOS: SNOWGLOBE 2017

SOUTH LAKE TAHOE, CA – When I found out I had the opportunity cover SnowGlobe 2017, I was more than ecstatic. Arguably one of the best music festivals to close out 2017, SnowGlobe was a weekend to remember. Packed up and ready to face the thirty degree nights, I travelled north to South Lake Tahoe. Upon my arrival, I already knew SnowGlobe was going to be a unique experience.

The venue itself was held around the fields of South Lake Tahoe Community College, yet the environment was one of wonder and fun. With three unique stages, pine trees surrounding the entire fairgrounds, a giant snowboarding ramp, and artificial igloos to relax in, it truly felt like a winter festival. Accents of snow lay on the ground as attendees came bundled up with totems in hand and ready to have an awesome weekend.

Primarily an EDM festival, past headliners have included such artists such as Dillon Francis, Zedd, and Madeon. This year, SnowGlobe made sure not to forget about the hip-hop and R&B heads, with headlining performances by Khalid and the Travis Scott to add a little diversity to the mostly EDM lineup.

Unfortunately, I was unable to stick around for the final day of music to ring in the new year, but hopefully you’ll get a sense of some of the vibes that this annual festival provides below!

The first performance I was able to catch was by Khalid. Khalid really needs no introduction as he blew up in 2017 with his debut single “Location” being certified platinum and his debut album American Teen being nominated for multiple Grammy awards. The Texan Teen was accompanied by a full band and got the crowd grooving to his twist on R&B with songs off his album such as “Let’s Go”, “Young, Dumb, and Broke” and his top hit “Location”. It is exciting to watch such a young talent be able to perform on such a big stage, and it’s clear that this one’s got a very bright future ahead of him.

I remained at the main stage to witness one of the more well known DJs, Zedd, perform in front of an anxious crowd. He opened his set with his hit song “Beautiful Now” which set the tone for the rest of his show. He bounced around from electro house to dubstep to even throwing in a remix of Kendrick Lamar’s “Humble”. Everywhere you looked, you would see people dancing, jumping, or head-banging to this talented DJ’s mix. Towards the end, he took us all back to our childhood playing his remix of the classic theme song from Legend of Zelda. The star DJ showed everyone why he is one of the top DJs in the world.

Finally, to close out night, Travis Scott was gave the crowd a high energy performance that rivaled that which was stirred up by Zedd. Travis opened up with his hit single “Goosebumps” and you could feel the excitement in the crowd elevate as everyone knew they were about that time “rage”.  From playing hits such as “Antidote” from his debut studio album Rodeo to music freshly released off of Huncho Jack, Jack Huncho earlier in the month the crowd moshed every step of the way. Travis exclaimed “I’ll be here til 4 f*cking AM” and the crowd just went crazy. Travis has been on a tear ever since he finished touring on Kendrick Lamar’s DAMN Tour earlier this year, and has earned a well deserved reputation for his wild and energy-filled shows, and tonight was no exception.

On day 2, I was able to snap some photos of moombahton DJ Dillon Francis. This funky DJ made sure to deliver his best performance in front of a great crowd. Jamming out to Dillon Francis is always a good time for everyone involved. The visuals provided at his show only added to his funkiness as they were trippy, nonsensical, and immersive. I could not help but stop and stare at the lights and the strange cats flashing across his screens. Every song he played solidified him more and more into the hearts of those who were listening, giving them an experience they probably will never forget.

Moving away from the mainstage and into the “Igloo” was up and comer Alexander Lewis who without a doubt went on to perform my personal favorite set of the night. The “Igloo” stage was indoors and the smallest of the three stages, but such intimacy only proved to enhance the overall experience of the show. Lewis puts his own personal flare to EDM/trap incorporating the trombone to his music. Performing songs such as his hit  “March” Lewis readied the crowd with his energetic build ups and absolutely destroyed each and every drop with his mastery of the trombone. No other artist at SnowGlobe captivated the crowd the same way Alexander Lewis did, and I am confident we will be hearing more from him in the future.

Transitioning to the last of the three stages, the Sierra stage was set high above the crowd in which the entire audience could absorb the energy of the DJ, and that was exactly what happened with Justin Martin. Performing with a different sound and a different energy than other DJs, Martin engaged the crowd through what has been described as “melodic and tough.” And I understood why, through songs such as “Don’t Go” his music had intricacies that you could appreciate even with a casual listen yet somehow transformed into something that kept the audience upbeat and alive on the real stage.

Finally, headlining for day 2 and the last performance of my SnowGlobe experience was French DJ Madeon, well known for his collaboration with another DJ present at the event earlier that day, Porter Robinson. Madeon took no time to take us on his musical journey as he has busted out everything from trance to Japanese anime inspired electro house.

Like Dillon Francis, Madeon made sure to impress with his auditory effects as well as the visual. The eye trip was well accompanied by Madeon at all times making for a exciting time. Anime characters would continuously flash on and off the screen as Madeon played his set suggesting maybe, just maybe, the Frenchman has a thing for Japanese culture. Madeon was the last to perform on the main stage for night two leaving a lasting impression for those who chose to listen to this amazing DJ.

Mike Mitchell: We can beat the Patriots 'in Haiti or in Hell'

The Great Sadness Live Is Unbridled And Visceral 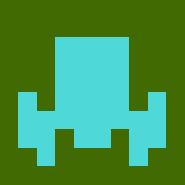 PNB ROCK AND FETTY WAP TEAM UP FOR ‘MONEY, H**S, AND FLOWS’ MIXTAPE

Dreamy pop duo HOAX meditates on the essence of life and being in debut album ‘b?’ The creative brain child of Michael Raj and Frantz Cesar celebrates its long-awaited release.

Kaby Drops “Everything” Music Video “'Everything' is the first installment of an ongoing narrative,”