LOS ANGELES, CA- LA Rock Collective, founded by David Swanson, held its first-ever Halloween Rock Party at Catch One in Los Angeles, on Sunday, October 23, 2022. Performers of the night were Joshua Gomez, the Pride, Carry the Day, and the Toxhards. Attendees included other LA Rock Collective bands such as HVNTED, Against the Sun, Joker’s Hand, Shotty, Chasing Desolation, and Jei-Rynn, to name a few. The night ended with a costume contest, where the crowd picked three winners.

The first artist on stage was Joshua Gomez with Torri Mcmullin on bass, Daniel Larsson on guitar, and Hank Lin on drums. One of my favorite moments of the night was Joshua’s performance of his song “Numb Me”. He had the crowd light up Catch One with their flashlights while he effortlessly filled the room with his incredible vocals. After the show, I played this song in my car and immediately added it to my playlist. Please, do yourselves a favor and do the same. Joshua ended his six-song setlist with a crowd-favorite cover of Three Day Grace’s “I Hate Everything About You”.

Next up was The Pride, consisting of Daniel McCulley on rhythm guitar and vocals, Ryan Hudson on lead guitar, Justin Emord on bass, and Brian Sheahan on drums.  Some of my favorite photos of the night were taken during their set. The band’s passion for rock ’n roll was shown throughout their performance. The crowd seemed to thoroughly enjoy their nine-song setlist. After their last song, Daniel announced they had shirts made just for this show, and it was free for anyone who followed them on Spotify and Instagram.

The second to last band was none other than Carry the Day. The band consists of Christoper Huynh on rhythm guitar and vocals, Issac Viscarra on lead guitar, Luke Tazbier on bass, and Ian Geraci on drums. So much energy filled the room the second the band started their set that it was almost difficult to photograph as the crowd had opened the pit. Halfway through their set, Christopher even jumped off the stage and joined them in the pit. I was so impressed by the way Christopher was jumping around on and off stage, all while never missing a beat on vocals or guitar. I was so fascinated by the band and more than once, I found myself with my camera at my side, forgetting I was supposed to be taking photos. I noticed the band had many fans in the crowd as they sang along to their songs, including “Someone Else” and “Back up Plan”. The band performed their new song “Playing the Victim’, which will be released on October 28th. I am looking forward to the next opportunity I get to see Carry the Day live.

Closing the show were the hosts of the night, the Toxhards, who were introduced by members of Chasing Desolation. The band consists of Alan Macchiariolo (vocals/bass/guitar/drums), Casey Donovan (drums/vocals), Emerson Harris (guitar/bass), and Matt Garcia (guitar). Unbeknownst to me at first, Casey wasn’t dressed in an inflatable pig costume just because we were at a Halloween party. This was regular attire he performed in, but we’ll get more into that later. The Toxhards weren’t originally performing when the lineup was announced. When Satellite Citi had to drop out due to a member being sick, the Toxhards were added. For their fourth song, they brought lead singer Alan’s girlfriend, Amanda, out to do vocals on an incredible cover of Rage Against the Machine’s “Bulls on Parade”, and the crowd loved every second of it. Halfway through their set, Alan took over on the drums while Casey took over vocals for two songs. The second song is when the inflated pig costume starts to make sense. It’s for their song “Ængus the Prize Winning Hog”. As the song starts, a butcher jumps on stage and into the crowd. He then rejoins the band on stage for a scuffle with Ængus, but Ængus, the prize-winning hog, defeats him. After the song ends, the band threw three Toxhard shirts into the crowd and Alan switches back to vocals. After their eighth and, what the band thought was their final song, someone behind me yells, “Rush!”. After the band asks if they have time to do one more song, they begin an incredible nine-minute instrumental cover of “La Villa Strangiate” by Rush.

Thoughts and Photos of Automatic, Protomartyr, The Jesus and Mary Chain, Os Mutantes and Imarhan at Levitation 2022

Falling In Love With Metric In Los Angeles 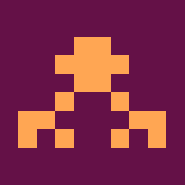 Jessica Greif, a Los Angeles local, started her photography journey in early 2015 as a hobby. In late 2021, she began to photograph live music. She is currently a freelance photographer who enjoys working with up-and-coming musicians. You can find more of her work on her Instagram @capturedbyjessica

Wiz Khalifa – Captain Taylor Gang is back and they brought E Dan from ID Labs back in the mix...