LOS ANGELES, CA- During the first week in April, I had the unbelievable fortune to sit down with Ahmet Zappa to talk about his work with Eyellusion, live music’s premier hologram production company, on “The Bizarre World Of Frank Zappa”. Following the brief conversation, I experienced a face-melting full rehearsal at The Show, Agua Caliente’s beautiful entertainment venue in Rancho Mirage, California.

When I first heard that there would be a Frank Zappa hologram concert, I was a little apprehensive about it because I’m a huge Frank Zappa fan, and I couldn’t imagine how it would be possible to capture the essence and the excitement of a Frank Zappa performance. His music has always been very visual for me personally, as a lot of his songs tell colorful, often hilarious stories that stimulate my imagination, but my curiosity to see the show overrode my concerns.

Any doubts I had were erased as soon as they opened with my favorite Zappa song, “Cosmik Debris”. It wasn’t long before I realized that this is a deeply artistic, dynamic multimedia representation of Frank Zappa’s best work. Staying true to his style, humor, activism, and genius, exciting animations and colorful visuals played on enormous LED screens all around the stage while the super tight band played my favorite Zappa tunes. The Frank Zappa hologram was center stage, but he didn’t appear immediately, and he didn’t participate in the entire show. He appeared at all the right times though, blending in with the band in a natural looking way, and he looked so realistic. The hologram is a technological marvel that I can’t quite wrap my head around, but it works.

Ahmet said that he wanted to create a rewarding experience for the fans, so he put himself in our shoes for the two years he and Eyellusion worked on this enormous project. He mentioned that he doesn’t like the same images repeating over and over again when he attends a show that’s heavy on visuals, so he oversaw each and every frame to make sure that it was a constant feast for the audience’s eyes. He also said that he wanted to make sure that the visuals lived up to the music. There was so much trippy art and animation happening on the screens, that repeat concert goers will be able to pick out fun little bits that they didn’t catch the first time around. Ahmet said that this production is an expression of gratitude for all Zappa fans, and a creatively fulfilling love letter to his father, keeping Frank’s music, humor, and genius alive for diehard fans and younger generations alike.

Frank’s isolated vocals and guitar used in “The Bizarre World of Frank Zappa” were recorded during the 1970’s. Ahmet has “stacks and stacks” of material to choose from, so everything sounds fresh and new. Frank’s recorded vocals and guitar blended seamlessly with the band, and this band of authentic players kicks some serious ass. The band consists of two guitarists, Ray White and Mike Keneally, bassist Scott Thunes, multi-instrumentalist Robert Martin, drummer Joe Travers, and percussionist Ed Mann. They were so energetic and they performed their hearts out. They all looked like they were having genuinely good fun playing those songs.

If you are a Frank Zappa fan, I urge you to catch this tour. I thoroughly enjoyed myself. I think Frank would be happy about that.

Mel Washington Brings His "Whiskey River" To The Troubadour

Swedish pop performer LÉON hits the road for her "You and I" World Tour. 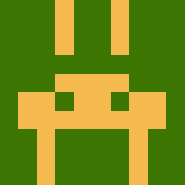 It Took Over A Year, But Catching Annabelle Chairlegs At Hotel Vegas Was Worth The Wait THOUGHTS+PHOTOS: ANNABELLE CHAIRLEGS @ HOTEL VEGAS | SXSW 3/17/18

The Mowgli’s Happiness At KAABOO Was Infectious REVIEW+PHOTOS: The Mowgli's @ KAABOO 9/17/16

Pom Poms Celebrate New Album By “Turn[ing] You Out” At The Echoplex [PHOTOS] REVIEW+PHOTOS: POM POMS @ THE ECHOPLEX 6/13/17