For a music fan in Los Angeles, a concert at the famed Hollywood Bowl is a night to be remembered, but if you are an electronic fan, catching Kraftwerk in 3D on this hallowed ground is enough to make you giddy for weeks prior. The German electronic and pop music group formed in 1969 are innovators in the multiple genres, notably in electronic music where they are often labeled as pioneers and influential to numerous artists and groups today. Bringing vintage graphics to the stage of the Bowl with a 3D twist, Kraftwerk produced a setlist that spanned a range of albums, from lesser known hits to the widely released ones like those on their ubiquitous Tour de France.

Supplying 3D glasses that enhanced the supplemented experience helped make the audience appear as robots getting a live stream of data from the CPU. With each member of the current incarnation of Krafwerk (Ralf Hütter, Fritz Hilpert, Henning Schmitz and Falk Grieffenhagen) stoically standing before their consoles, punching the buttons that generated the digital information which created the sonics of the genre defining music, the audience sat in awe as the accompanying 3D visuals overwhelmed the visual senses. It was a unique experience that truly had to be experienced to be appreciated.

Running into legendary record producer Rick Rubin before the evening’s performance started really showed how diverse the influence and output was in the wake of this prodigious group. Los Angelinos have the pick of the litter when it comes to music and artists, but when the best of the two are married, and at the Hollywood Bowl no less, vidid, digital memories are created. 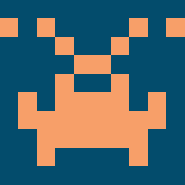 Long Beach based photographer of nouns. Check out his portfolio at http://justinslens.com/.

“One Love Manchester” Stands in Defiance to Terror and Hate

Pete Mills Of The Sweet Kill And His “Night Terror Creeper” Watch the stunningly dark new video and check out our Madame Siam Interview!

Be Sure To Catch Sego’s Performances At Swimm’s Love You Down Fest And Check Out Some Photos From Last Year That We Forgot To Post... D'Oh!