LOS ANGELES, CA- DJ Snake brought his tour to the City of Angels to celebrate Halloween and made sure it was a breathtaking event with openers from Mercer and DJ Mustard. Upon entering the venue, I immediately saw the festive mood that the crowd was in. People from all over the city to celebrate this spooky night in some of the most terrifying and alluring costumes.

Mercer was the opening set, which set the tone for the night by fostering an atmosphere of high energy. This was just an appetizer to whet our collective pallets for the spectacular sonic onslaught ahead.

With the smoke and lazers pulsing through the air with every drop and the inclusion of neon pictures framed on his table which glowed bright, the energy was palpable. I admired the beautifully refined visual effects that made sure his set was the perfect opener. My soul was revived when he intersperse samples that included old throwback references like “Freak Out.” His set was filled with calm yet energetic notes which smoothly transitioned into Mustard’s set.

In the cold air, I could hear the room slowly fill with chants of  “Mustard, Mustard…” and then, all of a sudden, a surge flash of intangible colors burst from the stage, welcoming the producer to the stage.

I loved Mustard’s set as it was an amalgam of both EDM and hip hop. He played hit songs such as “Mo Bamba” by Sheck Wes and “Stargazing” by Travis Scott. Mustard’s performance demanded attention, and he received that ten-fold from the audience. It was during Mustard’s set that evening truly turned into a rager. The whole crowd was synchronized in a dance which heads heads pulsed back and forth. When Mustard mixed in Kanye’s “All of the Lights”, the auditorium was lit up by a colorful display of lights and the crowd went crazy. Those words flipped a switch with the crowd, and soon everyone was singing the lyrics and jumping around with abandon. The hype was rewarded at the beat drop with a loud explosion of confetti and lights that filled the whole room making the ceiling invisible. As Mustard’s set ended, all the lights in the auditorium dimmed until it was completely dark.

Twenty workers the immediately rushed towards the stage to completely change its appearance. As the crowd got more excited, tension grew with everyone. They were unable to control their eagerness, and started chanting for Dj Snake. There was rattling from the fence barriers, as the fans were shaking them because they could not withhold their excitement any longer.

Flags with the words “Pardon my French” came out from the crowd with people on their shoulders. Then a tense and slowly growing sound seemed to warn the crowd to be ready.

All of a sudden, the beat drops and fire explodes from the stage.

Through all the smoke DJ Snake made his grand entrance. His legions of fans  literally screamed out in exhilaration. Coming straight off the recently released and currently most played song throughout the world, “Taki Taki,” the crowd was thrilled to finally be able to see the spectacular show DJ Snake is known for.

As soon as the smoke cleared, choreographed lights with coordinated beams of color flashing all over. It was at that moment I understood why the Shrine sold out so quickly. People came to not only see and hear the artist perform, but to also experience the ridiculous stage production/visual effects that the show had to offer. It was a concert atmosphere that was second to none.

The festive times of Halloween notwithstanding, it was energetic and lively experience that could easily have been categorized as an “experience of a lifetime.” The beats boomed so loud and intense that I could feel the vibrations inside my chest. The flames that shot to the ceiling with every beat as DJ Snake slithered about on stage kept us all on our toes. The stage production was simply immaculate and it was beautiful to see the auditorium go from complete darkness to a room filled with color in every second.

Looking down from the second floor, I was perfectly centered and I even had to put my camera down to witness the skillful array of smoke, fire, lights, and smiles that all shined through All Hallow’s Eve.

Review: British artist Griz O is 'Out of Bounds' on new mixtape 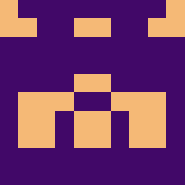