Once again, The Hotel Cafe welcomed Portland’s siren songstress Alexandra Savior to one of their stages. During her last performance at the Hollywood venue,  her co-writer, and Arctic Monkey’s frontman, Alex Turner showed up to play guitar and this time, there were a handful of patrons in the crowd hoping to catch a glimpse of Turner (who was already on tour in Norway). Even without her big-name producer, Savior’s beguiling vocals had everyone in the intimate room transfixed on the shyly seductive 21-year-old within seconds.

Savior, along with members of Los Angeles’ hardworking PAPA and Alex Casnoff from Harriet on keys, opened her set with “Frankie” and “Bones”.  Her vocals moved through the crowd like smoke with a vintage tinge. On stage, she carried with her the aura of a demure, young girl, giving the crowd the impression that she would rather be singing alone in an even more dimly lit room.  With her hands either holding the microphone gingerly or clasped behind her back, she would stare into blankness, sometimes intensely, sometimes with a glimmer and smirk.  Regardless of her outwardly, sweet and timid demeanor, Savior could very easily cut a man down with one clever lyric or one venomous look.   Occasionally she would show off a silly side, making a face or smiling sheepishly at her band but it was always obvious that she had a very charming bite.

As the set pressed on, it started to feel like the lights were getting lower and lower in The Hotel Cafe. They weren’t. Somehow, Savior’s swanky romantic tone was creating a vignette on the room and she remained rightfully illuminated in the center. Eventually she introduced her self and her band saying “I am Alexandra Savior and these are my friends….. on stage”.

While Savior has been playing huge venues on tour with The Last Shadow Puppets, her music and performance style are perfect for a more intimate lounge environment – a place where she could make eye-contact with inevitable fans and where people could truly hear the nuances of her voice as she transitioned from her saccharine falsetto to her deeper tones.

Lyrically, Savior is able to tell stories in her unique way, using the entire spectrum of emotions with matured wit. I was particularly taken by her amusing lyrics in “Mirage” (“Well la dee da, I sing songs about whatever the fuck they want.”) One of her most memorable songs, “Girlie”, touches on a theme of vapid women and “Hollywood problems”.  Savior sings ever-so-sweetly:

“Talk about Hollywood problems/ she’s got ’em/ She’s always looking for a wilder ride/ and she’ll be fucking with her phone all night.”

At first her melodies don’t seem inherently accessible, but within seconds they seem to creep in our ears and memories like a welcomed musical earwig, leaving a trail of jazz-haunt essences. Something about her music would fit well in a bond soundtrack – lush tracks with slinky western nuances.

Alexandra Savior closed her set with the haunting “Mystery Girl”, a memorable track of bitter jealousy with Savior singing “Don’t you try to calm me down.” She crooned with enough passion and venom in her eyes that I wondered whether she was aiming her stare at the track’s subject somewhere in the room. As I scanned the room after she timidly left the stage, I noticed that the crowd had certainly filled in from the scattered audience that lingered just before she began. One thing was certain – Alexandra Savior had every last one of them in her sassy thrall. 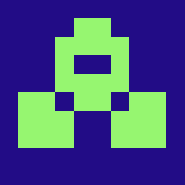 Check Out Photos Of Disco Shrine At The Billy Ball!

Mike Ray gets fresh on new single ‘Juice’ therealagebeats is brought back on production, and Lecs Blvck and IamTerrier guest on vocals

Years & Years And Ashanti Top An Amazing Sunday Line-Up At L.A. Pride Check out Blurred Culture Coverage of All Of The Acts We Caught At L.A. Pride!

Jim Jones Gets Emotional Over Dipset Break Up