Jeff Beck has always been the guitarist’s guitarist, and for me he is no exception. As a young player, I didn’t get it. He played songs that didn’t quite speak to me, preferring the heavy metal of the late 80s or the long slow classic rock jams of the 70s. But as a player, the more I grew, the more I loved Jeff Beck. The concert at the Hollywood Bowl on Wednesday night crystallized and was an apex of my love of his playing, where Jeff showed exactly why he is the consummate professional.

Beck’s playing is second to none for a variety of reasons, but primarily because he is the master of musical expression on the instrument. Many guitarists have their ‘sound’, which is a combination of tones created by pedals, leaving the rest of their expression to notes, rhythms, and elements such as bends and slurs. For Jeff Beck, this is really the beginning of his sound, and he mostly controls everything with his two hands, barely utilizing his pedals and instead manipulating melodies through pickup selectors, tone and volume knobs that typically lie dormant in most live settings. The whammy bar is like an extension of his arm, used for everything from bends, scoops, vibrato, and flutters, even using a slide with the whammy, with rarely a phrase going by unaltered, making the melodies speak as well as sing.

The night itself captured Jeff Beck over the last 50 years, but in reality, it took his current maturity and demonstrated it all over the material. He added new frills to old classics like “For Your Love” and other The Yardbirds’ tunes, and took a backseat role when singers such as new lead vocalist Rosie Bones or old favorite Steven Tyler jumped to the mic, never stepping on their amazing expressions and then appearing suddenly with flurries of notes when given space. Beth Hart provided a particularly amazing foil on “Rather Go Blind” and encore “Purple Rain”, with Jeff Beck matching her powerful and sultry tone and phrasing line by line.

Other “friends joined Jeff Beck on stage, including Jimmy Hall (who sang lead vocals on Jeff Beck’s album “Flash” and was a nominated for a Grammy award for the performance), Jan Hammer (who had collaborated with Jeff Beck on several occasions, and won the 1985 Grammy award for “Best Rock Instrumental Performance” with Beck for “Escape”), Buddy Guy and Z.Z. Top’s Billy Gibbons.

For me, as a Jeff Beck fan, the highlight of the show was one of my favorites, his version of “Cause We’ve Ended as Lovers”, still oozing with drawn out longing in the hyper-aware guitar part. This was handled amazingly well; a sonic driving force that clearly made the entire bowl well up from the first to the last note. Equally impressive was his take on the Beatles’ classic “A Day in the Life”, bringing great variety to the classic song in this instrumental version, many times turning it into a conversation between Jeff and his amazing bass player. The only part of the concert that left something to be desired was the Purple Rain homage, ending far too soon and feeling abbreviated, although perhaps its because I could have listened to the fantastic assemblage of musicians play this perfect song for hours.

Alexandra Savior Takes A Charming Bite Out Of The Hotel Cafe 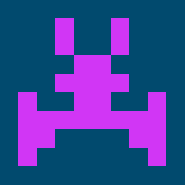