Ronaldo at Juventus: The Beginning of a New Era? Real Madrid's Loss Is Juventus' Gain

Yes, the great Cristiano Ronaldo, he of the five Ballon d’Ors, is now with Juventus, a full decade after showcasing his prodigious talents in a Real Madrid kit. It didn’t even take much to pry Ronaldo from his former club: just a €100 million ($116.5 million) transfer, solidarity contributions to the 33-year-old’s youth clubs and €12 million ($14 million) in other fees. Go figure!

Ronaldo’s departure from Real Madrid means the end of an era, and it was by and large a successful one. The Spanish club won four Champions League titles in 10 years, on top of winning two league and two cup championships along the way. At the forefront, without doubt, was the talented Portuguese winger, who scored 451 goals in 438 matches for the reigning Champions League winners for three consecutive years.

Now, the Ronaldo era in Juventus has officially begun with much fanfare. The only question now, is whether this era will shape up to be as successful as the one that just ended in Madrid. The simple answer seems to be no, for the sole reason that the crafty veteran is already 33 and unlikely to play at an elite, all-time great level for the next 10 years. But it would be hard to bet against CR7, who has been so good for so long already. He will surely make an impact on the Italian club, which Ronaldo himself described as “one of the best in the world”. Indeed, The Old Lady are no pushovers, having won seven Serie A titles and reached the Champions League final twice in the past four years.

But Juventus needed someone who could put the ball in the net consistently, and Ronaldo certainly fits that bill, having scored more than a goal a game over the last 10 years for his former club. In contrast, all The Old Lady’s strikers scored 454 goals in a decade, or four more than one man (who happens to be one of the game’s foremost singular talents). Yes, the price to get Ronaldo was steep, but that’s to be expected for a club that wants a player of Ronaldo’s caliber, who Ladbrokes correctly point out remains as dominant as ever on the pitch. He is handsomely paid and already in the game’s upper echelon of greats, alongside all-timers like Pele and Maradona. He will likely add to his legend playing for his new club and will be addressing a pressing need for goals for the Turin side. Slotting in-between Juventus’s world-class attacking players will certainly give Ronaldo plenty of chances to do what he does best: score goals by the truck load.

Juventus fans have reason to be euphoric. After all, they did get the game’s best player. But Juve did more than just secure the services of Ronaldo as they brought in a bunch of reinforcements too. ESPN outlined the players that the Italian club brought in, namely Leonardo Bonucci, (the club’s former captain), Mattia Perin, Emre Can, Leonardo Spinazzola, and Joao Cancelo and then graded the club’s moves as a perfect 10. In other words, Juventus are loaded and ready to compete for titles this season.

Indeed, a new era has dawned for The Old Lady, with Cristiano Ronaldo at the forefront.

MGK SAYS HE APOLOGIZED TO EMINEM

TOKiMONSTA returns with 'Lune Rouge' on Dune Tour with ZHU 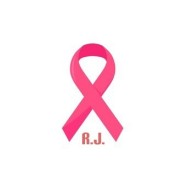 Carly Pierce is a fitness fanatic who loves to write about her favorite sports. Her main passion is soccer with a particular focus on European soccer. In her free time she watches as many matches as she can, and has been lucky enough to experience some of the biggest tournaments around the globe.

Red Heads Have More Sex, According To Science

“Hi, can I get zero fucks please, thanks.” Kim Kardashian Tries to Break the Internet With Latest Shoot

Los Angeles: No One Celebrates Pride Like The West Side The L.A. Community Comes Out En Masse To Celebrate The Mantra #JustBe

The $100,000 Louis Vuitton Toilet Would you sit on a toilet made of Louis Vuitton bags? If the thought has ever crossed your mind, then artist Illma Gore is about to make all your dreams come tru