Past, Present Futures of Lauren Halsey’s “we still here, there” A Reflection Of Lauren Halsey's Work Currently on Display at the MOCA

LOS ANGELES, CA- Halsey’s work is titled, “We Still Here, There.” It is an installation on display at the MOCA until September 3, 2018. A native of South Central Los Angeles, Halsey has created a space within the gallery that is both a tribute to her current neighborhood as well as a vision of a truly funkadelic future – a future in which the piece itself is habitable.

As I explore Halsey’s dreamlike exhibit, I am introduced to a fantastic world. Neon aquarium plants creep from the cracks of white cave walls that wrap around the space. I see figurines adorned with braided hair. I see models of golden pyramids and brightly painted statues of Queen Nefertiti nestled along plains in the rock side. This is a remix of history for a future time. Layered with metaphors, I am deeply moved by Halsey’s piece for many reasons.

A reaction to gentrification in Los Angeles, Halsey began collecting artifacts from her neighborhood years ago to create her own archive of a disappearing community. In a filmed conversation with MOCA Assistant Curator Lanka Tattersall, (https://www.youtube.com/watch?v=XoXV0NZxdPo) Halsey cites the incredibly beautiful Longmen Grottoes (aka Longmen Caves) of China when she explains the inspiration to create caves of her own within the MOCA. Over centuries, Buddhists carved reliefs and sculpture into hillside limestone. First dated 493 CE, 100,000 statues and inscriptions provide a gateway within in 2,345 grottos to the political and artistic circumstances of the time in which they were created – in this way, culture has been preserved and can be revisited. Halsey has erected her own network of caves as a living monument to South Central. She has returned to the space on several dates to add to (or subtract from) the piece. Halsey will be returning to the space on the following dates: August 4th, August 17th and September 1st to make more adjustments.

In her conversation with Tattersall, Halsey’s talks about the importance of the water features within her exhibit. Halsey’s explains that she finds waterfalls to be calming, inviting and peaceful. Fountains have been created throughout her exhibit space and are adorned with mosaics of shattered CDs – perhaps a metaphor for music sampling, a reflective pattern emerges that resembles light dancing on the surface of clear ocean water. These small waterfalls are incredibly beautiful and provide a moment to take pause within the exhibit. This space is live with running water.

Originally constructed at Haley’s grandmother’s house before being relocated, this is a deeply personal and protected space. As you enter the piece, you step beneath a small replicas of David Hammons’ African-American Flag (1990) that is held high over the gateways by a manikin – an arm of an African-American female emerges from the cave. With the help of several friends and her girlfriend, Halsey channeled her love and energy into the work to create these caves. Halsey’s personal DNA is present in the work in the form of fingerprints imbedded in the walls of the piece right down to using her own braids to adorn her objects.

There is a surreal soundtrack accompanying the exhibit. Voices, gunshots and lasers create an otherworldly heartbeat for the piece. It sometimes feels like you have entered the film Fantastic Planet. Navigating through the caves, you find what Halsey’s calls “remixes” of the imagery and objects she has collected from her neighborhood. She says she used these “samples” to create the dioramas of Afro-centric funkadelic futures tucked into the plateaus of her caves. These scenes are portals into Halsey’s vision of an utopian future.

Touches of neon, images of outer space and the words, “We Funk,” can be discovered throughout the piece. Inspired by Parliament Funkadelic, Halsey makes reference to the Mothership and the science fiction story-telling of the band throughout the work. A tiny spaceship is found perched cliffside. Halsey describes her creative process as “funkifying” the “samples” she’s collected. She describes this work as a model for something much larger – a utopian structure that is habitable. This habitat would be a safe space for telling her own narrative and constructing her own reality. This space would be shared with the people around her and transformed by them. She describes a “free-form” building process based on individualized skill and collaboration. Like the Longmen Caves, this place would provide a record of her culture that she feels is being erased. Like the Mothership, this space would provide a paradise for her community.

Lauren, I sincerely hope you build it.

Apple is now worth $1 trillion 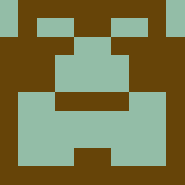 An accomplished creative and curious person.

Millennials in the Workforce, A Generation of Weakness