LOS ANGELES, CA- KROQ, the seminal Los Angeles radio station responsible for catapulting the careers of many of rock and alternative music’s marquee acts, celebrated the 30th anniversary of its iconic Almost Acoustic Christmas at the Kia Forum this weekend with performances by Wet Leg, The Interrupters, Death Cab for Cutie, The Black Keys and Imagine Dragons, among others.

The holiday gathering has been somewhat of a Los Angeles musical tradition, bringing together artists whose hits dominate the airwaves, while also showcasing buzzworthy acts on the precipice of stardom — four short years ago Billie Eilish performed an early set. This year, it was Wet Leg that opened the show. After their basket of award nominations this year, it’s not likely they’ll be openers long, either.

For bands and Angelenos alike, the annual event is somewhat of a homecoming, the one holiday party to let it all hang out and enjoy some of the biggest hits by acts that have served as a soundtrack to so many lives.

“We love KROQ. We grew up listening to KROQ,” Aimee Allen of The Interrupters told us backstage. “Coming back here really feels like a family reunion. It’s so good to see everybody. It’s such a celebration and we’re just so grateful to be here. Bells will be ringing!”

The ska band made their third consecutive appearance at the event. “It means the world to us to be invited back for a third time,” said Kevin Bivona of The Interrupters. “Now that we’ve done it a couple of times, we know what to expect. It’s like going to that Christmas party that you can’t wait to go to.”

Almost Acoustic Christmas is back largely because of the return of the station’s legendary program director Kevin Weatherly, whose prescience as a tastemaker would help define the SoCal alternative and rock scenes of the 1990s and 2000s. He returned to KROQ this year after a high-profile exit to Spotify and wanted to bring AAC back to L.A. after a two-year absence, with event proceeds once again benefitting local organizations Para Los Niños and the Al Wooten Jr. Youth Center. And after yet another strange and challenging year, it was the hug we all collectively needed.

Though the station has seen major personnel changes in recent years (we miss you, Kevin and Bean!), and scaled back from its usual two-night format to one Saturday stretch, the 30th iteration still had all the familiar hallmarks of KROQ’s biggest annual event. Set on a revolving stage, each act plays a shortened set of their biggest hits with the next band carouseling immediately after, creating a veritable live playlist with little downtime. Ugly sweaters, Santa Hats, and holiday attire adorned blissfully buzzed revelers. The balance of nostalgic singalongs like Death Cab for Cutie’s “Soul Meets Body” and Jimmy Eat World’s “The Middle” alongside TikTok-famous earworms like Måneskin’s “Beggin” are part of the formula’s success.

Also familiar was the irony of no band really adapting their music acoustically. Sort of the running joke, Almost Acoustic Christmas is everything but, and it never suffers for it.

Wet Leg brought the vibe early on, energizing the crowd and showcasing why they’ve taken the scene by storm. While the band is no stranger to the streaming generation, it was great seeing some of the back-in-the-dayers uncross their arms and get into their set, now formally introduced to the droll and irresistible “Chaise Longue.” The duo is nominated for five Grammy awards this year, including the coveted Best New Artist.

Ska-punk darlings The Interrupters were the embodiment of the spirit that helped launch No Doubt years prior. With a strong stage presence and knack for audience connection, Allen and Co. delivered a potent performance owing to the early support from KROQ.

Italian rock band Måneskin surged onto the stage, bringing the guyliner and infectious hits that helped them win the Eurovision song contest last year. Perhaps a bit of culture shock to the crowd, vocalist Damiano David had to challenge the crowd to bring the energy up to their level. Once they launched into their cover of “Beggin,” the dance vibe was palpable, leaving a cresting wave Yungblud would surf just after.

Jimmy Eat World, on their sixth appearance on the Almost Acoustic stage, ushered in the nostalgic wave — Death Cab for Cutie would follow them — that put beers and cellphones in the air. From the opener “A Praise Chorus” to the ubiquitous closer “The Middle,” there wasn’t a row to be seen that didn’t have screaming thirty-somethings. For the band, the sentiment wasn’t lost.

“It’s a party now!” frontman Jim Adkins said from the stage. “We’ve been in a band a while now. Los Angeles is like a second home to us. (Coming here was) one of the first out-of-town gigs we ever did. I know there’s some people here from back then still, so thank you so much.

“There wasn’t some hot music scene where we came from,” continued Adkins, an Arizona native. “You have little hope of breaking out of that scene. It wasn’t even on our minds that we would get the opportunity to be fucking here. So everyone who did that did it just to be a part of something.” They would go on to play the only Christmas song of the night, Wham’s “Last Christmas.”

Death Cab For Cutie, also KROQ mainstays, would usher in the feels with their finest high school make-out songs like “I Will Possess Your Heart” and “Soul Meets Body,” while KROQ staples Social Distortion stepped in at the eleventh hour for the Yeah Yeah Yeahs, whose guitarist Nick Zinner has been battling pneumonia. Although Social Distortion isn’t the most obvious substitute for YYY, they were the obvious choice to bring the event full circle, having played the very first Acoustic Christmas some three decades ago and becoming synonymous with the station. Their welcome to the stage was uproarious.

But it was the Black Keys that brought the boogie to a boozy crowd. The duo tore into their catalog of bluesy, danceable rock and roll with tracks like “Tighten Up,” “Gold on the Ceiling,” “Lo/Hi,” and “Lonely Boy.” Clad in sunglasses, guitarist and vocalist Dan Auerbach brought swampy rock swagger as he riffed, while drummer Patrick Carney kept the crowd’s feet stomping. It was perhaps the most traditional rock set of the evening, and one that highlighted the Akron, Ohio duo’s status as kings of rock radio.

Imagine Dragons closed the night with a thunderous set, playing hit after hit that reminded you how many Imagine Dragons songs have entered our lives as radio mainstays over the years. Frontman Dan Reynolds dashed around the stage, teetering on its edge as he reached out to fans who’d waited at the rail all evening for them to close the show. Dedicating songs to his late sister-in-law, Alisha, and to a child in the audience experiencing their first Dragons show, Reynolds showed emotional depth and humility throughout the set.

It was a welcome return to one of our favorite Christmas parties, an event that happily reminds us that, try as it may, streaming just can’t kill the radio star. Follow KROQ on Facebook Twitter and Instagram.

KingQueen Gets Loud About Equal Rights With New Song/Video 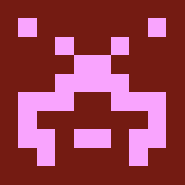 Caroline Kingsbury Electrifies At The Teragram