Nostalgic, Ethereal indie rock reigns supreme at the Hollywood Bowl The War On Drugs and Alvvays Perform with a Half moon at its zenith

HOLLYWOOD, CA- With a half moon at its zenith—and magic hour fading to dusk—five-piece Alvvays took the stage at the Hollywood Bowl last Sunday. The Canadian dream pop outfit was opening for The War on Drugs in KCRW’s fifth of six World Festival summer concerts. Scattered applause greeted them. The amphitheater was not yet half full. Droves of people still filed in along promenades while small groups dined in the box seats.

Drummer Sheridan Riley counted off with her sticks—shouting “1, 2, 3, 4!”—and the band erupted into “Hey,” a galloping track off their 2017 sophomore LP Antisocialites. Frontwoman Molly Rankin thrummed her electric guitar and sang. She wore a red-and-blue-striped shirt and tight-fitting black jeans. Her shoulder-length blonde hair bobbed as she fiddled with effects pedals at her feet.

After barreling through “Adult Diversion,” Rankin spoke: “Hey, Hollywood Bowl. This is very nice. We’re called Alvvays. We’re from Canada.” She asked how our dinners were, said she smelled clams and wondered if they came from her native Nova Scotia. Her polite, dry humor (revealing a hint of awkward discomfort) was endearing.

The group dove into “Plimsoll Punks” and later “Not My Baby,” Riley’s punchy rock drumming and the distorted guitars balancing Rankin’s sugar-sweet voice and the dreamy synth.

As they played, I poured a glass of red wine and took in the scene. It’s always fascinating to observe the subsets of Angelenos that attend a particular show at the Bowl and what—if any—fashion trends prevail  (a “groomed Americana” look that night). The ushers nearby, many of them fresh-faced teenagers, might relate. They had stood like channel markers in the ebb and flow of concertgoers all summer long.

I saw myself in them. After graduating high school in 2003, I too ushered at the Bowl. Certain shows left an indelible mark on my eighteen-year-old self that season, like Coldplay—whose wildly popular “Clocks” worked the audience into near-religious hysteria—and Bjork, who incanted her Vespertine spells while dancing around flame-shooting stage pipes. Our job wasn’t all idle spectacle. That night, steps from where I now sipped Shiraz in a press box seat, my supervisor deployed me and other reluctant ushers as bulwarks against hordes of upper-tier Bjork fans who were attempting to invade lower terraces during the show’s finale. (It didn’t work out too well for either side.)

A visit to the Bowl is always nostalgic for me … and yet a deep collective nostalgia pervaded the venue last Sunday—not just in the audience, but among the musicians too, in their introspective lyrics on past relationships and their retro sound.

The quiet dynamics of “Forget About Life” drew me back to the present, the bandshell drowned in blue light and Rankin’s seductive, naked voice backed only by a droning synth organ. She sang the refrain with sinew and crystal clarity: “Did you want to forget about life / with me tonight / underneath this flickering light?” Once the drums kicked in, the siren song swelled into a stirring cathedral rock anthem, with Rankin intoning the first chorus line over and over again in present tense—soft stabs of recollection to the heart which I found achingly gorgeous. She posed the question once more, adding the line “inhaling this undrinkable wine.” I looked down at my bottle of Two Buck Chuck, which I suspected had soured after two months of improper storage over L.A.’s sweltering summer.

A soul-searching, sci-fi synth (à la Blade Runner) preluded the melancholic “Dreams Tonite,” another Antisocialites track about romantic longing. Its haunting chorus has yet to leave me. One more song and Rankin bade the crowd farewell. “Alright, this is a pleasure,” she said. “This is our last song. Thank you very much.” They ended with the shimmering, surf-tinged “Next of Kin.”

The crowd had grown to perhaps 10,000 and applauded loudly when the band finally geared up. After two upbeat songs—“Brothers” and “Baby Missiles”—the group unleashed the acclaimed “big sound” from their newest LP with “Pain,” setting the ethereal, meditative mood for the hour-plus set, which would exquisitely meld heartland rock and dream pop.

Granduciel wore his heart—and his heroes—on his sleeve. He seemed to consciously channel Bob Dylan in his gravelly, nasal delivery (often inflecting and elongating vowels in a similar way) or sometimes a proud, boisterous Bruce Springsteen. The effect was arresting—almost hallucinatory, as though I were listening to an aural chimera from America’s musical past. I had this thrilling feeling that the torch had passed to a new generation.

The spirit of Dylan was keenly felt on “Strangest Thing,” which Granduciel dedicated to long-standing crewhand “Lawrence,” absent that night because “they wouldn’t let him back into the country this time.” (The news elicited a few boos) In this languid song, Granduciel laments: “Late at night I wanna see you / Well my eyes, they begin to fade / Am I just living in the space between / The beauty and the pain?” Such a space (simply put: heartache) is the wellspring of Granduciel’s songwriting and the soundscape the band conjures so well.

Their famous single “Red Eyes” roused many to get up and dance. (Sadly, horn solos by bandmate Jonathon Natchez were buried in the mix here and on other songs). Mellow, expansive, and dreamy “Thinking of a Place” was another high point, giving Granduciel time for exploratory guitarwork.

For the encore, he paid tribute to songwriting inspiration and local L.A. legend Warren Zevon with a cover of “Accidentally Like A Martyr” and ended with “Burning.” (“This is my dad’s favorite song,” Granduciel said.) 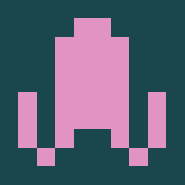 Bud Taylor is a freelancer writer and photographer from the San Fernando Valley. He mainly writes about nature, travel and music. His principal gig is writing and producing for Weekend Sherpa, a website focused on California outdoors adventure. Passionate about music, he's trained as a percussionist, mixes vinyl records and used to deejay jazz on FM radio in New York (WFNP Rosendale).