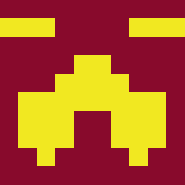 SAN DIEGO, CA- On Saturday April 20th, The San Diego Freak Out threw a party at the Casbah to celebrate the official stoner holiday.  The celebration had a solid lineup,…

SAND DIEGO, CA- I quickly finished my energy drink as I stood in line for the sold out Rooney show at the Casbah in San Diego, California. As I entered…

SAN DIEGO, CA- “It is still so cold in New York,” I thought to myself while basking in the California sun and sipping my homebrewed mix of tequila and gatorade. …