I’ve been trying to figure out what to say about Jordan Edwards. As is the case when this happens, I’m sad. I feel helpless. And, I’m angry.

Now, I know most people live in a social media bubble where differences of opinion are few and far between, and I’m no different. While this means my views aren’t challenged as much as I’d like, it also means that my social media feeds aren’t filled with people who are openly racist, or sexist, or [INSERT YOUR –IST HERE]. This is why it’s so difficult to see the silence from people I consider my friends, in this moment, about yet another child…CHILD…that had his life stolen from him. I know that’s not everyone in my network, but I see people who have felt compelled to post about their families over the past couple of days, or just some mundane life happening, or about politics and Trump, and yet, didn’t feel compelled to post about a 15-year old boy being murdered for just being a teenager. In my opinion, these people are just as complicit in Jordan Edwards murder as the officer who pulled the trigger. They are part of the problem. And if you have also been silent, so are you.

I need you to know that Black people cannot change this dynamic. We cannot save ourselves from the bullets of officers who see us as less than human. We can never be good enough to break through the bias that makes grown men view black boys as giants or animals. We can’t sir and ma’am our way out of shots to the back as we’re running away. But white people, you can do something, and at the end of the day this is your problem, not ours.

This dynamic that continues to rear its head is built on white supremacy. It’s ugly to admit, but it’s the first step in challenging it, and you have to do that. You have to amplify our stories, refuse to remain silent, challenge the systems that benefit you, and then shatter those very same systems to fucking pieces. You have to make sure the names of the victims that lose their lives aren’t forgotten. But many of you won’t do this because you “don’t like to post about politics on your page,” or “it would make things uncomfortable with your more conservative family.”

Well, I need you to be uncomfortable. Jordan Edwards needed you to be uncomfortable. And, I need you to realize that my body is political. Every Black person’s body is. Every time you encounter us, either online or out in the real world, you are immersed in politics, whether you know it or not. You can’t run, and you can’t hide from this because if you do we will continue to die.

This is not a hypothetical. At this point, we have centuries of evidence to back this up. Your silence is killing us, and every chance I get, I aim to hold a mirror up just to show the people in my life—those good liberal, white people in my life—how they continue to be a part of the problem. I know this may feel like a lot, but imagine how it feels to constantly see people who look like you murdered.

But, don’t worry. I don’t expect you to be perfect right now. I do expect you to do something though, and my ask is simple this time around. Say his name. Hold space for this young man who we lost. Go read about Jordan Edwards and the life that was cut short and then post about him. Then, I want you to find another white person offline, to share Jordan’s story with, but don’t just talk about why he didn’t deserve to die because he was a good kid. Talk about how our systems are racist and created a situation where he was more likely to die than a white child. Talk about how it’s up to you as white people to use your privilege and power to dismantle these systems. Talk about how you need to learn to look at the world through a lens that will make clear all the ways in which the system is rigged against people of color.

But most of all, just say his name—not quietly, not secretly, but loudly and publicly. Be uncomfortable. Risk something. 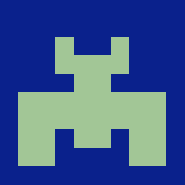 Kacey Bonner has a passion for social justice and spends her days communicating the f*** out of complex issues. When she’s not doing that, you might find her disparaging the oxford comma, at a concert, throwing extreme side eye or in search of great tacos.

From New Luchadores, To A New Champion And Classy Burlesque, Lucha VaVoom Had It All "Just remember folks, we put up that wall and ALL this amazing shit goes away."