The Naked and Famous Treat Ohana Fest With Hit Filled Set [PHOTOS] REVIEW+PHOTOS: THE NAKED AND FAMOUS @ THE OHANA FEST 9/0/17

DANA POINT, CA – Sunday beachside at Ohana Fest brought with it sun, surf and shows by Dr. Dog, Haim, Jack Johnson and The Naked and Famous. T/N/A/F is a New Zealand indie-tronica band, now based out of Los Angeles, fronted by Alisa Xayalith and Thom Powers who met in Auckland, forming a duo, before recruiting members Aaron Short (keyboards), David Beadle (bass) and Jesse Wood (drums).

The band has released three studio albums and is currently touring on, “Simple Forms,” which showcases a rawness and complexity that reveals growth from their earlier works, and with the end of Alisa and Thom’s romantic relationship- which was reported to be a painful experience that almost led to the breakup of the band- you can see, and hear, why.

Their set at Ohana was a finessed blend of new and old with T/N/A/F playing their latest hits, “Higher,” and “Water Beneath You,” alongside fan favorites, “Punching in a Dream,” “Girls Like You,” and “No Way,” from their most commercially successful album, “Passive me, Aggressive you.” Alisa and Thom’s dynamic synergy on stage is fun to watch, but its’ their catchy choruses and rhythmic beats that kept the crowd singing and dancing the whole show.

Alisa shined in a green sequined top and talked to the audience about how she loved playing at the beach because, “it’s one of her favorite places.”  T/N/A/F’s critically acclaimed hit “Young Blood” drew the most enthusiasm from the beachy masses, with enthusiastic chants of, “Yeah, yeah, yeah, yeah” echoing from voices old, and young, throughout the venue.

The Naked & Famous at The Ohana Fest 9/10/17. Thoughts and photo gallery coming soon to @BlurredCulture. pic.twitter.com/aQ8oS3I55J

The Naked & Famous at The Ohana Fest 9/10/17. Thoughts and photo gallery coming soon to @BlurredCulture. pic.twitter.com/oNxJiNci8y 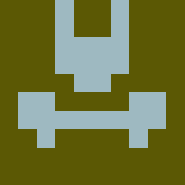 Megan Thee Stallion Brought The “Freak Nasty” To YOLA DÍA! Check out our thoughts, photos and found video of the performance at YOLA DÍA!