Swedish pop performer LÉON hits the road for her “You and I” World Tour. Listen to LÉON's Debut Album On Blurred Culture.

NASHVILLE, TN- After releasing “Baby Don’t Talk” and “Falling” in 2018, LÉON released her debut, self-titled full-length album on March 1st of this year. The alt. pop singer will be going on her ‘You and I’ World Tour, presented by Ones to Watch, playing shows in Europe first and then in North America.

Stockholm native LÉON fits oh so perfectly in the female pop landscape, without blending into its homogeneity. Her voice is gentle and powerful, sweet and soulful. LÉON is a beautiful debut, full of songs that are both vulnerable and anthemic. The production is pristine on upbeat “Better In The Dark” and “You and I,” but she shows her vocal chops and bravery in the stripped down voice memo “Cruel To Care.”

LÉON is currently on tour in U.S. Be sure to catch her at one of her remaining shows.

The Bizarre World Of Frank Zappa Melted My Face Off 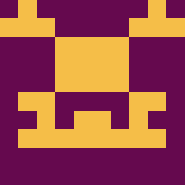 Pete Mills Of The Sweet Kill And His “Night Terror Creeper” Watch the stunningly dark new video and check out our Madame Siam Interview!

Gin Wigmore and Her GIRLGANG Prove They Are Badass Bitches With “Cabrona” OFFICIAL MUSIC VIDEO: "CABRONA" BY GIN WIGMORE