GREENSBORO, NC- Ari Leff, mainly known by his stage name LAUV, started off as a song writer and producer for other artists. He adopted his stage name due to the fact that Lauv is the Latvian word for “lion”, tipping his hat at his mother’s heritage. Growing up in California, he was always interested in music from a young age and was a music tech major New York University. After experiencing a bad breakup, he found himself writing about it. Not wanting to release it to another artist because it was too personal to him, he decided to release it himself. In 2015, he released “The Other” which went viral. Later that year, he released his EP Lost in the Light. After releasing a couple more singles, he headlined his “Late Night, Deep Talks” tour in 2017 and then proceeded to drop a full-length album I Met You When I Was 18 at the beginning of 2018.

With the line wrapped around the building, the crowd, mostly dressed in blue, anticipated for the doors to open. Once inside people rushed to the front to get as close to the stage as possible. A new up and coming strong female pop star, Charlotte Lawrence, took the stage first. With her powerful but yet beautiful voice filling the room from corner to corner, the crowd was mesmerized by how she elegantly walked around the stage. But she had an edge to her that drew you in and kept you listening.

Rolling Stones called Ari “pop’s up-and-coming heartbreak king” and I know exactly why. He took the crowd to another level with his indie-pop electronic vibes and heart wrenching lyrics in Greensboro, NC. From start to finish the show was a rollercoaster of emotions and he even said it himself towards the end of the show, “I felt it when I got off the bus this morning, tonight’s going to be a rollercoaster”. The “blue boy”, as he is known amongst his fans, opened up with “Paris in the Rain” and the fans immediately responded with screams and cheers. He interacted a tremendous amount with fans who were in the front row, squatting down to sing to them at eye level while holding their hands, extending the microphone out to the crowd for them to sing even louder, and even took time to sing “Happy Birthday” to some fans in the crowd at one point.

“All I want tonight to be about is all of us together and having a good time, letting go of whatever we need to let go of and just being weird together”. The one thing that set him apart from a lot of artists I’ve seen is how personable he is. Throughout the whole show he would pause almost after every song and say a few words or make a joke. You could tell he really cared for his fans and the people that support him. After a few songs into the set, he started talking about how he “can’t really dance” and that then went on and said, “I started writing and producing and I thought maybe I should learn how to dance, and I was like ‘fuck no’ there’s no way”. The next song proved that he couldn’t dance, as he awkwardly danced around stage while singing “A Different Way”. Taking a turn of events, he grabbed his guitar and his soothing voice carried the delicate lyrics to “Come Back Home”. He then went on to ask the crowd, “how many of you have ever been in love before? So, all of you know that it is really really really complicated”. With an abundance of passion, he went into singing “Enemies”.

Half way through the set, he announced that there is a box in the back called “My Blue Thoughts” where you can write literally anything you want. He explained, “it’s really important to have a place to say something unfiltered…”. Talking more on the fact about how in today’s society “we are so afraid to be judged by people but yet we yearn so much to be close to people”, he went on and inspired me by introducing the song “Superhero” by explaining he wrote that song based on a note he found in that box a few months ago.

On a lighter note, his photographer, Sam Fisher, sometimes gives Ari random food during the show just for the fun of it. This time around, while Sam was standing at the front of the stage in the photo pit, he presented a cupcake with a tide pod on top of it just for fun and to see if he would take it. Ari bit into the cupcake (not the tide pod, don’t worry). He laughed it off and jokingly introduced his photographer to the crowd as the one “who is trying to kill me”.

The crew brought a minimal white piano out for him to play some “sad songs” in his words, immediately going into a cover of “Chasing Pavements” by Adele. The crowd sang in unison the whole night, including this song. He closed with playing “Breathe” on the piano before the crowd demanded an encore. Ari happily came back out on stage and exclaimed that it was his first time playing here and that this night has meant so much to him before ending the show with “I Like Me Better” and “The Other”.

Shame Concludes Their Successful U.S. Run With A Rowdy Performance In L.A. 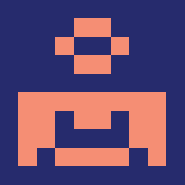 The Kooks Return To L.A. And Keep It Fun, Carefree & Loose The British Rockers Infuse The Palladium With A Spirited Performance