“Janine “Jah9” Cunningham, a Jamaica-native and a staple name in the new generation of reggae, continued the lineup for this year’s Twilight Concert Series on the Santa Monica Pier on July 13, 2017, prepping the audience for headliner Marcia Griffiths. This week brought droves of old-school reggae veterans of the Marley-era as well a younger, more contemporary and progressive crowd; Jah9 succeeded in uniting the two under her melodic creation.

Jah9 proved herself to be more than a singer, more than a performer; she is a palpable force whose moving presence commanded the armies of attendees on the pier and sand alike. What she sung, so did the audience; how she moved, so too they. Her stage presence was nothing but entrancing, an exotic array of dynamic gestures, ranging from liquid sways to percussive punches that truly complemented her pack-a-punch lyrics.

She possesses a clearly natural ability to fuse a hypnotic, heavy rhythm with a mystical yet driving Rastafarian message. For those identifying with the movement, the concert was a purely spiritual experience, but even those attending just to get their island melody fix or for the novelty of having a free concert on the famous Pier could describe some tangible aura beyond the “riddims.”

As the darkness drew and her set neared completion, the crowd had amassed to a sea of green, yellow, and red pixels below, speckled with the embered ends of sparked joints.”

Miya Folick Surprised Me With Her Ferocious Intensity 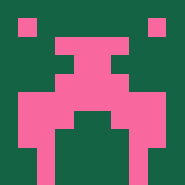 Christian is an LA native attending UC San Diego. When he's not squeezing through the crowd to get the best shot, you can catch him out on the waves or frequenting the best of local taco stands. Follow his antics on Instagram @christian__hill and @christianhillphotos.

Leading by Joni Mitchell’s Example, Brandi Carlile Lets Us See Ourselves in Her Songs Carlile shares how radical forgiveness inspired her latest record in a candid conversation at the Grammy Museum