GLASGOW, UK-  A Celebration of Endings is the 8th studio album by the Scottish rock band Biffy Clyro. At home in the UK and across Europe, they fill arenas, top the album charts and headline prestigious festival bills. In the US on the other hand, they are somehow still the biggest band many music fans have never heard of. It’s time to change that because you are missing out – big time!

But let’s go back a few months …

It’s February 2020 and I am at home in Glasgow, Scotland, excitedly waiting for the BBC Radio 1 premiere of “Instant History”, the first single from Biffy Clyro’s eagerly anticipated new album A Celebration of Endings.

I have been a huge Biffy fan for the best part of the last decade, enjoying their extensive back catalog from their 2002 debut Blackened Sky through studio albums, B-side collections, and live recordings all the way to 2019 movie soundtrack Balance, Not Symmetry while traveling to countless gigs around the world. Biffy Clyro’s live shows are always an amazing experience whether they are playing in a tiny club in Illinois or in front of 40,000 Biffy fans in a field at home in Scotland.

It’s been a fascinating journey following a band started in their parents’ garage by a trio of school friends – frontman Simon Neil and twin brothers Ben (drums) and James Johnston (bass). Since then, they have made their way up step by step from an odd, math rock-influenced indie band to the arena headliners they are now – a success deeply rooted in the strong bonds within the band and with their fans.

On that day in February, though, when the last notes of “Instant History” fade out, for the first time in all these years I don’t know what to think. Over polished 80’s-flavored synths laid out by producer Rich Costey (Muse, Death Cab for Cutie, Sam Fender), Biffy Clyro claim in perfect vocal harmony “This is the sound that we make.” And all I can think is: “No, it’s not! Or … is it?”

With a knowing smile on his face, Simon Neil explains in interviews following the release how they like to take things a bit sideways to catch their fans off guard with the choice of the lead single. This time it worked almost too well. I officially no longer have a clue what to expect from Opus 8 (the band’s working title for A Celebration of Endings).

Only a few short weeks later a pandemic puts all our lives on hold. The album release is postponed to August and the arena tour is on ice. Instead of promoting the album, Simon finds himself alone without Ben and James, sitting on a chair in his home live streaming an acoustic version of “Instant History”, now bare of all the electronic pop anthem pomp, into our homes:

“Dear God,
Adjust my dreams for me
All I learned is instant history
Is this how
The surface will break?
Releasing the pressure
The horrors that await”

Life caught up with art very fast for this one. The same goes for follow-up single “Tiny Indoor Fireworks” but in a more positive way: despite being written years ago, the classic upbeat Biffy Clyro style sing-along hymn is exactly the right song to hold on to through a scary and lonely lockdown. Lyrically, both singles represent the key theme of the album. While Biffy Clyro is not a political band in the traditional sense, they know where they stand when reflecting on the turning point humanity seems to be approaching quickly now. As dark as that can get one of the connecting dots of A Celebration of Endings is a much-needed glimmer of hope that shines all the way through.

Musically, though, it is the other two singles – the gut-punching steamroller “End Of” and the wild and complex “Weird Leisure” – that indicate where the journey goes. Buckle up … it’s quite the ride!

The album kicks off with the ‘all-hands-in-the-air’ “North of No South”, a song bursting with confidence. It is the type of confidence that is earned, and it sets the tone for the whole record. A Celebration of Endings is moving on from the transitional feeling of 2016’s Ellipsis with clarity, purpose, and the creative liberation sparked by working on soundtrack project Balance, Not Symmetry. This spacious, theatrical, movie score feel is noticeable throughout the album, especially in “The Champ”. It widens the scope of Biffy Clyro’s sound and finally also gives “Instant History” the context it needed. But don’t get me wrong … it’s not all strings, synths, and Queen-esque backing vocals. More often than not, the listener finds themselves in a maelstrom of beautifully crafted dissonant noise of the best Biffy kind – so much so that the heart-wrenching ballad “Space” placed between the Infinity Land (2004) style outro of “Worst Type of Best Possible” and the slap-in-the-face opening bassline of “End Of” is as much of a welcome breather as the bitter-sweet, acoustic “Opaque” is a needed moment of reflection before falling head over heels into closer extraordinaire “Cop Syrup”.

Remember “This is the sound that we make”? As the final “Fuck everybody woooo” of “Cop Syrup” blasts out of the speaker, I have to laugh out loud, because as it turns out Simon, Ben and James were right from the start. A Celebration of Endings is exactly the sound Biffy Clyro make and it is glorious.

A Celebration of Endings by Biffy Clyro will be released on August 14, 2020. On August 15, the band will stream a one-off live performance of the album with time zone-appropriate timings for Europe, the Americas, and Australia / New Zealand. Album preorder and tickets for the streaming event are available at www.biffyclyro.com

Netflix is testing a ‘Shuffle’ button, because we're tired of picking what to watch 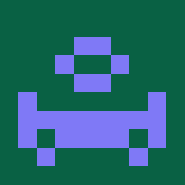 Christina Kapaun is a German music enthusiast who lives in Glasgow, Scotland where most of her favorite bands are from. Growing up in the golden indie rock years of the early 90ies she decided music was more than a hobby and started selling music in a record shop. Later she continued as product manager in eCommerce companies associated with BMG and Universal Music. Despite now following a different career path her heart still belongs to amplified guitars and going on tour rocking in the front row. You can follow Christina on Instagram @ckapaun.

#ICYMI, Check Out Royal Blood’s Video For “Lights Out” MUSIC VIDEO: "LIGHTS OUT" BY ROYAL BLOOD