Jenny Lewis Had Kings Theater Hypnotized In Reverence Check out our review, photos and found video from the performance!

NEW YORK, NY- I can’t help but cry a little when Jenny Lewis walks onstage, even though her entrance music, Tommy Tutone’s “867-5309/Jenny,” sets a tone of levity. I can’t blame my tears on novelty, as this is my fifteenth time seeing her perform in about as many years. By now, I’ve come to expect an emotional catharsis, so this time, I’m a little relieved to have a job to do.

I got my start in the photography business shooting shows in my hometown of Houston, Texas. Back then, it was easy to flash a school ID and play dumb in order to gain access to the front row. Brooklyn’s Kings Theater is another universe, geographically and temporally. It’s been a few years since I’ve gone through the now-standardized process of obtaining media credentials, waiting in line, and being escorted into and out of the photo pit. I find myself feeling oddly nervous, and I change my camera lens three times before the show actually starts.

For the first two songs, also the lead tracks off of her latest album, “On the Line,” she’s perched behind her piano. Not ideal for photographs, I think to myself, and change the lens again.  Lewis is outfitted in a sequined mermaid-cut gown which my friend aptly describes as “‘Mars Attacks’-adjacent.” Having blinked my eyes enough to produce less of a full-on cry and more of a general mistiness, the sequins on her dress appear magically streaked through my viewfinder, a quality I wish was present in the resulting photographs.

But maybe the photographs shouldn’t look so sorrowful. Though her lyrics have often left me gutted, her presence onstage is overwhelmingly triumphant and even mirthful. Throughout her performance of “Wasted Youth,” while singing about the inevitable crumbling of the cookie (read: our youth, our bodies, our hopes), she leans away from the piano and breaks into a grin repeatedly. It’s as if she has a huge secret that has allowed her to slide away from the devastating subject matter of some of her music.

For her third song, “Head Underwater,” she finally glides out from behind the piano. I change my lens a fifth time, this time to a wider angle, as I am now liberated to move from my fixed position. The stage lights hit her more directly now, and the refractions from the sequins dapple the piano and surrounding musicians as she sings about the “little bit of magic [that] everybody has” – it feels joyfully perfect. She throws her arms back when she exclaims that she’s “free at last,” and I wish to myself that I had a little more time to capture her strength and exuberance.

But it’s at the end of this track that we are whisked out of the front row, and so I clumsily navigate myself out of the theater to reorganize my camera bag, get my bearings, and obtain a cup of red wine (WWJD?). From the lobby, I can hear the echoes of “Happy,” a track off of 2006’s “Rabbit Fur Coat,” another ode to freedom, albeit quieter and less certain than the previous song. I think about having been at that show in Houston back in 2006, and remember that the venue had asked that there be no photography for the entirety of the set. I kept my lens capped almost the whole night out of equal parts fear and respect, and, having no distractions, instead, let myself cry from my perfect vantage point. During the very last song,  I could not resist: I took two photographs. I still treasure them.

I find my seat by the time Lewis is playing a reggae version of her 2014 title track “The Voyager” (stylized on the setlist as “Voyajah”). I’m seated between the aforementioned old friend and my boyfriend – who is new enough that he hasn’t yet seen me in the midst of any emotional turmoil. Having been a fan for such a long time, Lewis’ music tends to churn up memories of old relationships, feelings that I had forgotten – so, rather than allowing myself to properly emote, I dive back into the duties of documentation, jotting down notes and periodically snapping more photos (yes, that required a sixth and final lens change). We make it through relatively newer tracks such as “Do Si Do” and “She’s Not Me” before Lewis welcomes the Watson Twins back onstage (via custom pink landline phone) for more material from “Rabbit Fur Coat.” Apart from some whooping at the onset of “Melt Your Heart,” the entire sold-out Kings Theater seems completely hypnotized in reverence. I can barely hold it together at this point, but manage to make a video recording on my phone for my friend’s mom who hadn’t been able to make it to the concert from Jersey.

After the Watson Twins depart, reportedly to find some pizza, Lewis plays a few more songs from her newest album, including “Hollywood Lawn,” “Redbull & Hennessey,” and “Little White Dove,” the latter of which regards the recent passing of Lewis’s long-estranged mother. The track is funky laid over bittersweet bones, as Lewis recounts the dreamlike final moments she would share with her mom. Giant balloons pour down over the audience, echoing the celestial themes of the song.

At this point, it occurs to me that we haven’t heard anything from 2008’s “Acid Tongue” album, which seems almost conspicuous given that the setlist so far has spanned all of Lewis’s solo repertoire. It does strike me as one of her most demonstratively sad albums (see: “Pretty Bird,” “Bad Man’s World,” or “Trying My Best to Love You,”); perhaps those songs simply do not apply anymore. She does include one more from “Rabbit Fur Coat,” the somber “Born Secular,” whose lyrics evoke a defeated yet come-what-may sensibility (“God gives / and then He takes from me…”), before delivering a gorgeous cover of Bob Dylan’s “Standing in the Doorway.”

The final song before the encore is “Silver Lining,” a Rilo Kiley standard that, to me, represents the optimism of transitional circumstances. Despite facing disappointment after being “high up on her toes,” Lewis sings about transcending from silver to gold. We may not have any control over our lives, but what results from the chaos can, in the end, become more powerful than our original idea of success.

For her encore, Lewis sits at the piano to deliver one of the album’s most emotionally gutting tracks, “Taffy.” Lewis’ soft-spoken lyrics are in such high contrast to the balanced optimism of “Silver Lining:” “I am such a coward / how could you send her flowers?” This is the song I was most afraid to hear tonight because Lewis’s lyrics are so incredibly vulnerable.

The next number, “Party Clown,” presents a slightly braver face with its belligerently upbeat tempo – but given its title, I wonder whether the theme of shame present in “Taffy” is still hiding beneath its presentation. “I Never,” a rarely-performed Rilo Kiley song from 2004, is Lewis’s next choice. It is a bold crescendo for the evening, regarding the optimism of love: of course, we failed in the past, because we simply had not met the person in our present. But once again, Lewis checks herself by following that up with “Rabbit Hole” for her final song of the night. “I’m not gonna go / Down the rabbit hole / With you…” she sings, as a man in a bunny suit quite literally carries her away. After an evening of acutely oscillating between themes of pain and positivity, shame and strength, this method of stage exit is absurdly hilarious.

And then it’s over – and I leave the theater with my friend and boyfriend, feeling like I just got off of a rollercoaster. In the car on the way home, I scroll through my photos from the night, hoping to find a sequence of images that reflect the multitude of emotions that Lewis’s performance has activated in me.

Last summer I drove out to Joshua Tree with some friends, one recently engaged and one happily married for a few years. “On the Line” had recently been released, and when it appeared in her shuffle my friend was quick to skip past it. It just didn’t resonate anymore— to her, Lewis hadn’t seemed to evolve past the same subject matter that had struck a chord some 15 years earlier when we were teenagers. I, fittingly located in the backseat, felt the exact opposite. I was at present the only one in the car who had gotten burned, left in the dust by a man with a wandering eye the year prior. For as much as I thought I understood “Silver Lining” as a teenager, I feel the weight of “Taffy” as an adult, having gone through a few of these emotional cycles throughout the twelve or so years spanning the two songs. Heartbreak is universal, and we all deserve to celebrate the things that make us feel alive again when we re-emerge – even if one of those things is the questionable combination of Red Bull & Hennessy.

A Glimpse Into the Rabbit Hole: A Grace Slick Art Show in West Hollywood 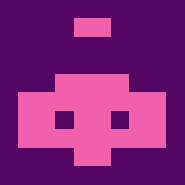 Meredith Truax is a photographer, director, and producer based in Brooklyn, New York. She is honored to have photographed such celebrated artists as Rihanna, Of Monsters and Men, and Alessia Cara over the course of her ten years in the music industry. In her free time, she enjoys consuming Italian food, playing rummy, and cuddling with her exotic shorthair, Fox. You can follow her work on Instagram at @MeredithTruax.

One High Five Gets A High Five From Me For Their Kick Ass Set At Broke L.A. THOUGHTS+PHOTOS: One High Five @ REGENT THEATRE | BROKE LA 4/22/18

Kaby Drops “Everything” Music Video “'Everything' is the first installment of an ongoing narrative,”