LOS ANGELES, CA- Earlier this year, top social media influencers began singing the praises of a new cutting-edge player in the H20 market: Guelegetza. The all-natural, high-PH, natural lava rock-filtered, gluten-free sparkling water burns calories, comes in a drinkable yogurt form, and…definitely doesn’t exist. But if you believed it did for even a split second, consider yourself initiated into the brilliant, bizarre, and uncomfortably realistic universe of Like and Subscribe.

The seven-episode, independently produced and operated series premiered on Funny or Die last month after a real-life network saga that ironically spoke a little too clearly to the fickle and ephemeral nature of internet culture (more on that in a minute). The show centers on four social media influencers forced to live in a house and produce content at the hands of their famed manager and self-proclaimed best friend of Ryan Seacrest, Skyy Goldwynne.

Infusing the part with Michael Scott-level enthusiasm and lack of self-awareness is moombahton pioneer, music producer, DJ, and noted Edible Arrangements un-enthusiast, Dillon Francis, who also serves as one of the show’s executive producers. Kicking off the first episode with deadpan delivery and straight-to-the-camera asides, Francis immediately compels viewers to prepare for an offbeat adventure in the vein of The Office, Arrested Development, and Party Down, but with an up-to-the-minute twist.

Over the course of the season, the archetypical housemates (the lifestyle guru, the musician/gamer, the prankster, and the ambiguously aged sexy boy) encounter situations and obstacles that should be satirical, but hit frighteningly close to modern reality. Take, for example, aforementioned fictional sexy boy Cody Clark’s “sick brand deal with Trojan Junior,” and the subsequent, decidedly non-fictional Economist article on vegan condom ambassador, Alexa Abraham. The comedic effect of the show’s over-the-top storylines is only enhanced by the increasingly batshit reality we all find ourselves in as society dives deeper into digital insanity.

The behind-the-scenes origin story of Like and Subscribe only further accentuates the razor-thin line between absurdity and accuracy that make up the show’s magic. Back in July, creator Jack Wagner joined forces with Francis and co-executive producer and writer Brandon Dermer to pull off the ultimate publicity stunt: an “influencer only” mural in Los Angeles, reserved solely for the snaps and selfies of those with verified check marks or 20,000-plus followers. Major news outlets picked it up, tweets went viral, people got pissed. In other words, the promo was a huge success.

The problem came exactly one day later when Go90, Verizon’s streaming platform that was set to run the show, abruptly shut down. The real-life plot twist couldn’t have been a more on-the-nose embodiment of the internet’s capricious nature: a show cleverly mocking influencer culture capitalized on the ridiculousness of that zeitgeist, only to see the sudden dissolution of its network amid an oversaturated media landscape. In other words, Like and Subscribe got fucked by the very culture it poked fun at.

The silver lining in that unforeseen derailment was that Go90 returned shows and content rights to original production owners, meaning Like and Subscribe was back up for grabs. Funny or Die rescued the series from obscurity, and the show finally made its debut after a four-month delay in November. Aside from a smattering of Verizon-centered jokes (which, to be honest, are actually funnier now given the backstory), Like and Subscribe remains just as relevant and binge-worthy as it would have been as a summer release.

The show’s successful execution isn’t just the result of a team that’s in on the joke; it’s the product of a tight-knit crew of collaborators who know how to play to each other’s strengths. Dermer directed the awesomely-NSFW video for Francis’s 2014 track, Not Butter, and the duo later teamed up on another must-watch television gem in desperate need of a second season: What Would Diplo Do? Wagner directed Francis’s “Need You” video, while Like and Subscribe’s directors, the Dads, masterminded his 2017 “Hello There” shoot. The chemistry of the crew is palpable, and reads in every detail of the show, including the painstaking set design by frequent Dermer collaborator Justin McClain (shout-out to the always-prevalent Premium Ice sponsorship signage populating the house).

The cast, of course, brings the collective vision to life with poker-faced comedic chops worthy of (or, let’s face it: superior to those on) any network show. At the risk of beating The Office comparison to death, Courtney Pauroso emits such sincerely tortured Pam Beasley vibes as Skyy’s long-suffering assistant, Molly, she’d undoubtedly make Jenna Fischer proud. Madeline Whitby steals nearly every scene as Hi Haylee, vacillating effortlessly between endearing and cut-throat. Jacob Womack and Lou Wilson successfully strike the perfect balance of earnestness and charm, which keeps the audience compassionate, even when their characters engage in decidedly questionable behavior. And Brandon Wardell brings such genuine vulnerability and charisma to Cody Clark, it’s almost impossible to question his multi-year run as a 14-year-old (almost). Wagner makes a memorable recurring cameo as the much-maligned Jeremy, and Francis continuously proves himself as a multi-talented comedic master in addition to a world-renowned musical influencer in his own right (those are the familiar upbeat notes of his “Hello There” in the show’s intro).

While Like and Subscribe may call to mind similarly stylized television predecessors, the final product is an entirely original package that’s only been enriched by the weird, uncharted internet climate it simultaneously parodies and takes part in. It’s satirical without being cynical; innovative without being alienating. And above all, it’s smart and funny in a way far too few shows are. So if you’re seeking entertainment that harkens back to some of modern television’s best recent sitcoms while remaining entirely fresh and unique, consider kicking back with the gluten-free, lava rock-filtered beverage of your choice and getting under the influence of Like and Subscribe. 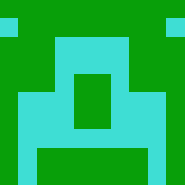 Goldunsuns Team Up With Warpaint’s JennyLee For Live Video Watch Their Performance of "Cover It Up" On Blurred Culture!

The California Oligarchy Continue To Defy Their Own Orders Covid 19 Rules are only for the populous, not for the ruling class