SAN FRANCISCO, CA- It’s no secret that Deafheaven happens to be an exceptional live band. For years they have managed to translate the beauty of their records to an even more grandiose experience on stage. Leading up to their show Tuesday night at San Francisco’s new music venue, August Hall, I seemed to have had an abundance of people imply that Deafheaven’s live show was now, somehow, even better. This honestly perplexed me a lot, because surely their performance couldn’t have changed that much, but I was still very anxious and excited to see what everyone was talking about.

For the record, I’ve seen Deafheaven probably close to ten times in varying cities of Chicago, Los Angeles, and of course on their home turf of San Francisco. I have to say though, everyone was right, the boys clearly have been outdoing themselves with this tour supporting their new album, Ordinary Corrupt Human Love. The music was louder, the screeching vocals were more intense than ever, and the band seemed absolutely jubilant to be performing. For a band that broods in the darkness, they honestly seemed to emit a lightness of pride and happiness, more than ever before.

Deafheaven as a band has the unique ability to play shows with new material that doesn’t seem to lose a beat with the audience. Most bands simply have to play a good majority of their old material/hits otherwise the audience will walk away very unappeased. This always tends to not affect Deafheaven at all, as I feel their crowds are more eager than ever to hear their new material from their latest album for the first time. This could have to do with their songs being longer than most, almost story like, so it’s exciting to hear them in a new setting.

When you put out insanely brilliant music like Deafheaven does, you win both with their recordings and their live performance. Out of the 8 songs they played at August Hall, half were from Ordinary Corrupt Human Love, which was the perfect offset for some beautiful numbers from their previous albums, Sunbather, and New Bermuda.

A series of videos/films played on the screen backing them, which is a departure from their usual “DEAFHEAVEN” font background. I found it also pleasing when they had scenes of the Golden Gate Bridge behind them, which seemed appropriately fitting.

Lead singer George Clarke has grown out his hair quite a bit, which only added to his always entertaining delicate, dance-like movements, paired with abrasive, otherworldly vocals, while whipping his soaking wet hair over the audience. For years on end he always made their shows feel like it’s based around the audience (as it should be), always looking out at everyone, making eye contact, and even reaching out for the hands of audience members. It makes everyone there feel like the band cares and that they truly are a part of this experience.

The only bummer of the evening was that it didn’t seem to be enough. The show was that great, that I’m sure everyone felt the same, wishing it was just a tad bit longer. That being said, I guarantee everyone walked away from that show with an even greater appreciation for Deafheaven and the beautiful magic they display on stage. 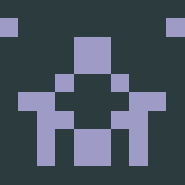 STREAM: Qveen Herby’s ‘EP .1’ And Watch As She “Busta Rhymes”