The Dropkick Murphys have been a Boston fixture for years. Starting out in 1996 based on a dare, they quickly gained popularity and kept going as a Boston favorite. With a popularity that spread like a wildfire, they now tour worldwide packing stadiums.

Just finishing up a world tour to promote their new album “11 Short Stories of Pain & Glory”, they came back to Boston to play a bunch of shows for St. Patty’s Day weekend, a longtime tradition. This album, their first in four long years, is symbolic of their close connection to Boston. 4-15-13, the date of the Boston Marathon bombings, is a song about a moment in our history that still feels like it happened yesterday.

“Oh, we lost our innocence today

The album is also filled with songs about real people with real problems, like the opioid addiction epidemic that has hit so many cities like ours. But these songs, like Paving My Way, aren’t about hopelessness they’re about being strong.

“But my hopes are so much higher

Don’t count me out, I’m a survivor

Dead-end roads that no one sees

And I’m proud to be a fighter”

No St Patty’s Day weekend is complete without the Dropkick Murphys, especially in Boston! Mine started with their open sound-check at the House of Blues along with the Murphy’s Boxing weigh-ins before the big fight night, St. Patrick’s Clash II. Their first song was the fitting “Warriors Code,” getting us energized for the up-coming fights.

“You’re the fighter, you’ve got the fire

The spirit of a warrior, the champion’s heart

You fight for your life because the fighter never quits

You make the most of the hand you’re dealt

Because the quitter never wins”

They followed this song with their anthemic cover of “You’ll Never Walk Alone” and “Blood,” both from their new album.

I was excited for fight night, but to be truthful I didn’t know how I’d feel watching guys beat each other up. After seeing some amazing pictures of recent fights though, I knew it was something I had to try. I am so glad I went; I loved it!! The house was packed and the audience’s excitement was contagious; it was a thrilling night. Thing happened so quickly, each fight had my heart pounding, there were knockouts, fighters came crashing through the ropes, and now I can’t wait to see more!

Young and Talented, The Aces Are Primed To Have A Good Year [PHOTOS+REVIEW] 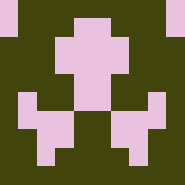 Maia Kennedy is a graphic designer, photographer, web designer, and writer. In addition to shooting concerts, she also enjoys photographing military aviation, classic cars, sports, and wildlife. She also photographs veterans events for www.MilitaryFriends.org and other charities in the New England area. You can see all of her photos on her website at maiakphotography.com.

Watch Bill Murray Sing an Incredible Version Of “Take Me Out To The Ball Game” at the World Series "I want you to spray it, not say it!"