Will Varley’s “Spirit of Minnie” Is An Exploration Of The Spirit of The Self ALBUM REVIEW: WILL VARLEY'S "SPIRIT OF MINNIE"

FAWN GROVE, PA- Mainstream country music continues to fumble through an identity crisis, seeming as though it has forgotten its roots as it floods radio stations with songs and bands that are generic and disposable. But while that might sound like a death knoll for the genre, Americana and folk music live on, taking on new life as a part of the underground indie scene, picked up and held aloft by musicians who have adopted their elements as their own, creating sounds that are uniquely modern.

One such artist is Will Varley, the English troubadour who has built an extensive fan base in the UK and Europe on the strength of his honest songwriting and charismatic performances, which often only feature him, a bottle of beer, and his acoustic guitar. His jovial personality and twinkling sense of humor draw the audience in, and his heartfelt songs, which at times touch on the political as well as the ephemeral, captivate them. With his new album Spirit of Minnie, Varley explores previously uncharted territory, recording for the first time with a full backing band and plumbing even deeper lyrical depths, establishing himself as a force to be reckoned with in the folk music community.

Varley’s fifth effort sees him reflecting on growing older and the trials of a life lived on the road. It’s an unusually somber album, showcasing a depth and maturity that had lain just beneath the surface of his previous releases and emerges now fully fleshed.

Varley is a wordsmith, a poet – his words, simple and beautiful, always ring true, but having a full band behind them gives them a fullness that had been absent in earlier albums. He soars when he assumes the role of a wistful romantic, looking to the heavens for solace and answers, but his dreaming is always tempered with reality, giving his songs a down-to-earth quality that make them instantly relatable. He visits this place again in the first track (also the first single) “All Those Stars,” its soft, otherworldly quality flowing throughout the album in a pattern as rich and pleasing as Varley’s voice itself.

“Seven Days” (see above) is the closest the album comes to lightheartedness, prompting gentle toe-tapping. His stretch into a more traditional country and western sound is nowhere more apparent than in the standout track “Statues,” which, with its effective use of a steel guitar, evokes stolen slow dances in a smoky, bourbon-soaked bar. The title track is a haunting exploration of loneliness and longing; “The Postman,” a chest-swelling lament, climbs to a sweeping crescendo that segues into “Insect,” the ominous, almost discordant six-and-a-half minute finale that leaves the listener’s nerve endings raw and buzzing.

To take the complexities of the heart and the mind and render them down to their truest essences is a gift, one which Varley possesses. His observations are universal and heartbreaking and profound. Though he had long established himself as a wandering bard, traveling the world with nothing more than his guitar and distinct, raspy voice, the deeply personal and moving Spirit of Minnie opens the door to a new and exciting chapter in his career.

She Came, She Saw, Kimbra Absolutely Owned the Stage

The Electronic Minimalism Of vōx Captivated Me 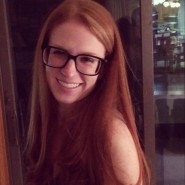 The Future Of Hard Rock Rests Safely In Plush’s Hands

BC Premier: Music Video For Paper Jacket’s Acoustic Rendition Of “Trigger” Come Out To Madame Siam In Hollywood Tomorrow Night (4/27) To See Them Live!

Future – Draco [New Song] Listen to one of the many standouts from Future's new self-titled album called "Draco."