Trippie Redd Celebrates The Release Of His New Album “!” In Hollywood Peep our insider's observations of Album Relase Party

HOLLYWOOD, CA- It’s been difficult to not hear the name Trippie Redd over the past few years. Born in Canton, Ohio, one of the most dangerous cities in America, the rapper has reached a great level of success. When it comes to Ohio rappers, Trippie Redd is this generation’s lead artist behind Kid Cudi and MGK.

And he’s doing well. His two tracks, “Love Scars” and “Poles 1469” have been certified gold by RIAA. His accomplishments didn’t stop there, though. From his album LIFE’S A TRIP, his track “Dark Night Dummo” has reached platinum status. He also has a significant feature on XXXTentacion’s “Fuck Love”, which scored him another platinum plaque.

If you haven’t heard of Trippie Redd from his accomplishments, you may have heard of him through his feuds in the past couple of years. Trippie has taken on some heavy hitters in the music industry. In 2018, Trippie Redd was all over social media after starting a feud with rapper 6ix9ine over his pedophile allegations. The feud led to a few altercations between the two – including an altercation in New York and the LAX airport. Around the same time, Trippie Redd also had a feud with rapper XXXTentacion due to Trippie being on Drake’s song “God’s Plan”. Thankfully, prior to his death, XXXTentacion and Trippie Redd, being old friends, made up. He seems to have come out on top with the 6ix9ine feud because 6ix9ine is now serving quite a long prison sentence.

What better way to celebrate yourself surpassing your industry competition than releasing your sophomore album? Trippie Redd’s album, !, officially dropped August 9th.  Blurred Culture had the opportunity to go to his album release party and get an exclusive look into the project.

The party was at a nice, intimate venue in Los Angeles, CA which was decked out in all those artists’ elements that reflect Trippie Redd’s theme. When you walked in you were greeted by audio-visual displays Trippie expressing “punk-rock” vibes. These visuals were accompanied by a photo-op, art installation that for the album, surrounded by ambitious quotes painted over the walls. There was even a giant exclamation mark for fans to take photos with. The venue did a great job of capturing the look and feel of this album.

Just a tip, if you ever go to a party hosted by Trippie Redd, make sure you are there dressed to impress. The vast majority of the audience was wearing nothing short of some very exclusive designer pieces. YSL, Gucci, to Moschino – someone even showed up in one of the most fly designer suits I have personally ever seen. I don’t think my Lacoste sweater was cutting it, but lesson learned!

Album themed, “Rockstar” shirts were given out to the patrons at the party, and they were of high quality with a beautiful, trippy design in red and black primary colors. These t-shirts were on part with legit fashion pieces, so if you weren’t dressed as fly like the rest, you could definitely fit in by just throwing on the t-shirt.

If the audience didn’t spend all their money on picking out a fresh fit, then I’d guess they also spent a large amount of it on marijuana. Oh my goodness, I have never seen so much smoke in my life. I thought I was at a Snoop Dogg concert. Once one blunt was sparked, everyone else pulled out from their stash and followed suit. That, combined with free drinks and delicious hors d’oeuvres, certainly gave the event a laid-back party atmosphere by the when it was time to listen to the album.

And then enters Trippie Redd. Coming in fashionably late, the life of the party and his team, including his new girlfriend Coi Leray, arrive. They didn’t make a grand entrance and kind of just snuck in, but you could feel their presence. Trippie Redd is a big dude – I had absolutely no idea. Coming in at around 6 feet tall, Trippie’s physical presence was strong. He took to the center of the stage and gave us a heartfelt message about the album. One thing that he made very clear as that it was important for this album to be properly listened to. From the lyrics to the production, everything was chosen carefully to paint a picture that accurately reflected Trippie’s life to this point. “Exclamation mark, exclamation mark, exclamation – alright play that shit”, said Trippie; and the music began.

If you like Trippie Redd, ! definitely takes Trippie to another level. Trippie Redd has a dark, emotional style – similar to XXXTentaction- but different. People may try to pigeon-hole him as just one of this generation’s SoundCloud rappers, but I think his music is much more than that. He’s not rapping clichés and talking about drugs. Rather, he’s really in his feelings for this project; covering subjects ranging from depression, life with fame, the grind, and more. ! is truly a personal glimpse into his own life.

And the features, man, the features are crazy. Playboi Carti, The Game, Lil Baby, Lil Duke, and his girlfriend Coi Leray. They all kill it. For this album, I think he hit the feature balance just right. On his last album, LIFE’S A TRIP, I felt he didn’t have enough. Each feature’s style fits the style of the song they’re presented on. Carti continuing with his “baby voice”, The Game giving bars on the grind/hustle, and of course Lil Baby, Lil Duke, and Coi Leray are slaughtering the trap records.

The album has a bit of everything for everyone. If you like Trippie’s darker, emotional style then you’re in luck. If you like his trap rap style then you’re in luck. Want something a little more jazzy/tropical? You’ll enjoy “Be Yourself”. There is a bit of everything for everyone on this album. On this album, Trippie Redd does a great job of trying new sounds and styles. It’s still dark, emotional Trippie, but he is really showcasing his versatility here.

Gangstagrass Is Knocking down barriers and divides 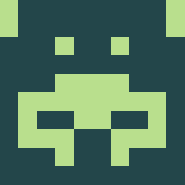 A CLEVELAND CAVALIERS FAN MADE A SAVAGE STEPHEN CURRY DISS TRACK, “B*TCH BOY” This is funny as hell....