First off, I’m a musician.  I’ve spent my adult life making a living as a music producer and engineer for mostly rock n roll artists, and with that job comes a responsibility of knowing and appreciating the best.  I was introduced to Electric Light Orchestra as a young teenager but it wasn’t until I started making orchestrations and recording music of my own that I realized how prolific a songwriter and how brilliant an arranger Jeff Lynne was.  Every song bursted at the seam with memorable melodies and timeless hooks and after almost 20 years of being a fan, I finally got to see first-hand how timeless an artist he really is and how well known and appreciated his music is amongst so many fans.

Not just any rock act can play with an orchestra, and almost none can make it sound better than their original recordings, but ELO did just that for a three day stretch at The Hollywood Bowl.  With an emotional opening conducted by Thomas Wilkins, the orchestra kicked off the evening by performing the National Anthem followed by four beautiful pieces of classical music.  Each song was sincerely introduced with a lovely personal story by Wilkins and was performed beautifully by the 80 players as it set the tone for a symphonically-charged night.

They didn’t spare one moment before breaking into the epic (and clap-friendly), “Tightrope” with a near-perfect house mix.  The harmonies, the strings and the beat were glued together as Lynne’s vocals soared warmly over the top like one of the lights beaming into the crowd.  I could go on about how excellent the sound was (which is odd because I usually don’t care for the sound with rock acts at The Bowl) but I’ve gotta take some time to talk about the non-stop string of hits they laid out over the next 90 minutes…

“Evil Woman” was the follow-up and it didn’t disappoint one bit.  By this time my friend and I were actually laughing from how well it sounded.  Its nostalgic chorus stole everyone’s ears and the classic concert lighting design fit perfectly to take people back to the glory days of rock n roll and songwriting.  From then on, each song was a constant reminder of the effect ELO has had in music culture across so many decades.  Even for people who didn’t think they were aware of Jeff Lynne and his songs gave a solid, “I know this song!” when each intro hit or when the audience broke into singing the choruses.

A practically uninterrupted set of 16 songs, including “All Over The World” and “Telephone Line”, completely took me into another world and pulled countless exclamations out of me and everyone around.  A stripped down version of “Don’t Bring Me Down” had the crowd singing along with a genuine and sincere performance and “Can’t Get It Out Of My Head” actually got stuck in my head the rest of the night. Not to outdo themselves, they broke into the crowd-pleasing hit, “Mr. Blue Sky” with an extended outro to get the place cheering endlessly as they then bowed, took the obligatory audience-selfie and stepped off stage; Only to return moments later with a fireworks display, choreographed to the massive track, “Roll Over Beethoven”.  It was hard to decide where to look as the explosions overhead matched perfectly with the hits of the band.  Sparks lit up the sky, fell and disappeared into the smoke filled Hollywood canyon for an encore that rivals many of the best I’ve seen.

The legendary songwriter, producer and orchestrator, Jeff Lynne, the powerful backup singers (including Jeff Lynne’s own daughter for a song), long-time keyboardist Richard Tandy, the band and Hollywood Bowl’s own orchestra sonically melded that weekend and proved this near 50 year old act can put on a real show and perform these great hits with pure class, emotion and top-notch musicianship.  If you have the opportunity, take a friend, a family member, an aspiring musician, a DJ or yourself and go see this incredible show while you can.  This is a breed that is becoming less and less prevalent in today’s music world and I for one will miss them dearly when the music ends.

The Evolution of Nina Diaz [REVIEW+PHOTOS] 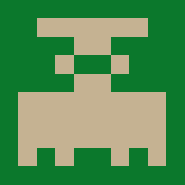 Chad is a music producer, engineer and creative consultant based out of Los Angeles, California. He runs and operates Drac Studios in Beverly Hills and the west coast director of artist and business relations for D'Angelico Guitars.

RYAN HEMSWORTH KEEPS IT FUNCKY WITH “BURYING THE SUN”

Logic Preached That Real Men Know How To Show Their Emotions At Powerhouse Thoughts+Photos: Logic @ Powerhouse 2018

Check Out More Photos Of Jesse Saint John At The Billy Ball!!!