Editor’s Note: This opinion was originally published Christmas Eve on Facebook. Spoilers ahead. Read at your own peril.

It took me ten days and a second viewing, but I’m finally ready to share my thoughts on “The Last Jedi.” It goes without saying, but just in case… spoilers aplenty below!

This movie is f#%&ing brilliant, in ways I never could have imagined. The “Star Wars” films have always been more than movies; they are a mythology, and the strongest mythologies serve as a reflection on current times as well as provide guidance and lessons on creating a better future for ourselves. They force (pun intended) reflection, introspection, and challenge us to subscribe to concepts which may be a bit more advanced than we are used to.

As such, this is not the movie of our childhoods. It is not the tale we necessarily would have created for ourselves, if we were given the opportunity to do so. Instead, it is the story we *need* to hear, not the one we *want* to hear.

It is also the story of men making horrible, rash, impulsive decisions that lead to hundreds of deaths. At the start of the film there are 400 freedom fighters, and by the end, there are ten. This is almost entirely because Poe and Finn rushed off to set fires and “blow stuff up,” rebelling against their superiors: two strong, older, conscientious women calmly making intelligent decisions.

Do these concepts sound a bit familiar? Concepts such as… women who are not equal to men? Women who need a man to show them how to be strong? Women who can only be in power if they have a male superior? Men creating needless destruction? Men angry because strong women are in positions of power? Men not being able to solve problems by simply shooting their weapons at them?

It is no wonder that many, many, many male fans are triggered by this movie. To them, it seems arbitrary, or like the story makes no sense, or that there are bad decisions in the storytelling. To these angry fans, the story is not “landing” because they cannot relate to these themes. Because… why would they? Or, perhaps more terrifyingly, they consciously or subconsciously do not wish to see these issues be brought to light.

As if this wasn’t enough, “The Last Jedi” pushes even harder, and challenges us deeper. Besides some unexpected but welcomed commentary on animal rights and war profiteering, it also introduces two very different—and very challenging—concepts that Star Wars fans are not used to: that mentors are not gods or legends… they too are flawed human beings. And, that the ultimate tool for conflict resolution isn’t blowing stuff up, it’s nonviolence. A storyline encapsulating these themes is very different than any of us—including Mark Hamill himself—envisioned for their childhood hero. But Yoda says it himself, to Luke: “Heeded my words not, did you. Pass on what you have learned. Strength, mastery, hmm… but weakness, folly, failure also. Yes: failure, most of all. The greatest teacher, failure is.” It is painful to see a mentor fail. It frightens us to our core to think that our heroes are fallible, and that even the “legendary Luke Skywalker,” as he calls himself in the movie, could suffer a defeat and be in pain in his twilight years.

But, this is an extremely powerful spiritual lesson, and one that is often ignored in storytelling. Again, this isn’t the story we *want* to hear, it’s the one we *need* to hear. Could it be, perhaps, that in our current world affairs, we have people in positions of power who, it turns out, were flawed human beings? Who were not gods? Who rose to power but were far from perfect?

By the end of the film, Luke embraces his failures, and rather than going at his demons with force, he is calm, calculated, and helps through nonviolence in a far more profound way than he could by simply swinging a lightsaber. Again, this is not what most of us reenacted on the playground, as kids. When we saw evil, we lit our imaginary lightsabers and swung the shit out of them at our imaginary foes. We shot our blasters, we hopped in our ships, and we made gigantic things go boom. This movie dares to say that, well, maybe that worked at the time, but perhaps now we need to think differently about conflict. That, at this moment in time, there’s another game kids should be playing on the playground.

And, most challenging of all to many fans… we learn a truth in this movie about where this story is headed. Rey is a girl—a simple, poor nobody—who can do extraordinary things… not because of a bloodline, and not because she was given an opportunity by a superior, and not because a male teacher showed her how. But, because she just is what she is, and that’s plenty good enough. And, in her realization of this, she becomes a powerful woman who takes her place in the world not because she was born to, or because someone told her where to go. But because she chose to.

So… it turns out that Luke Skywalker was not The Last Jedi, and he did not save the galaxy. But, Rey might just do that in the next movie. And when that happens, canon will change. We’ll all have to accept that Luke wasn’t the ultimate hero—though he did play his magnificent part in this tale. Someone else was needed. And she was powerful. And strong. And… guess what? She’s a woman. And I, for one, am just fine with that. 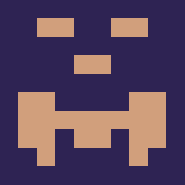 Why new diseases keep appearing in China "Even our death will have a “Made in China” label on it."