LOS ANGELES, CA- Los Angeles-based indie folk band Lord Huron graced the stage of a sold-out Teragram Ballroom on March 8th, 2018. This show was a “make-up” date for a show that had been cancelled last year due to a medical emergency. After over a year of patiently waiting, clearly Los Angeles was ready to get lost in Lord Huron’s music as the level of excited and anticipation was beyond description.

The aura of excitement was tightened as soon as I set foot in venue. I was greeted be a wash of glimmering green lights that refracted in every direction. The dancing green lights stirred my curiosity and drew me further into the venue towards the huge emerald lit emblem on glowing on stage welcomes into Vide Noir; a taste of Lord Huron’s new album.

Lord Huron has become one of my most admired artists, as their music has a way to pull out emotions and feelings from my soul. As an artist, to invoke that kind of emotional response from your listeners, is the utmost accomplishment. Inspiring others to create and to live life without apology, but with a passion, this is what they do with their music. Something such as this is beyond any measurable value.

As the main room filled quickly, with the occasional patron taking a memento Polaroid to take home with them, the crowd’s anticipation similarly grew. When it felt like you couldn’t wait any longer, Ben Schneider and company walked onto the stage and the energy bursts into cheers from the crowd.

Lord Huron’s set featured a handful of songs from Noir Vide (5 by our count), but also made sure to fill out the balance of the performance with their popular hits. Starting off with “Ancient Names” (part 1 and 2), complimentary pieces from their new album, the crowd collectively hushed to a grand silence to listen in closer. The new music, like their more popular hits, had that familiar energy, rolling from slow and deep to upbeat and uplifting. We were all hypnotized by the kinetic energy let loose from from the stage off the stage and into our ears.

Schneider has said that he drew inspiration for the new album from his time exploring Los Angeles:

“My nighttime drives ranged all over the city — across the twinkling grid of the valley, into the creeping shadows of the foothills, through downtown’s neon canyons and way out to the darksome ocean. I started imagining Vide Noir as an epic odyssey through the city, across dimensions, and out into the cosmos. A journey along the spectrum of human experience. A search for meaning amidst the cold indifference of The Universe.”

The crowd in The Teragram couldn’t have embodied Lord Huron’s Video Noir any better. It was a crowd filled with a diverse of people, from every cultural and racial walk of life, and they were all there, getting lost in, and sharing Schneider’s music and stories of the city they all call home.

One song merged into another and the night flew by in a flash as you were lost in time somewhere magical and peaceful. As the band left the stage, the crowd urged for more of that magic. An encore (two in fact) was inevitable. Lord Huron came back onto stage, slipping into their hit song “The Night We Met”, drawing you back in. The night’s entertainment concluded with bang as Lord Huron finished things off with upbeat performances of “Fool for Love” and “Time to Run”; amping up the energy of the room before Lord Huron’s departure.

Vide Noir is schedule for release on April 20th, 2018 and Lord Huron will once again start its relentless touring around the world in support of the album April 14th. 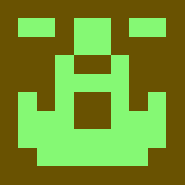 Shauna's passion in life is taking photographs... of pausing time as it quickly passes/.. to capture an emotion of someone or to give an emotion from something that cannot speak, listen or hear is one of her life's greatest accomplishments..

The Audacity of Vulnerability: Nick Cave Opens Up at L.A.’s Walt Disney Concert Hall "[Music is] one of the things that will save the world because it is a testament to the values of humanity." - Nick Cave

Check Out More Photos Of Bronze Avery At The Billy Ball!!!

Caroline Renezeder Is Breaking A “Common Theme” With Her Latest Single Listen To The Track On Blurred Culture!