This year’s event will be held at the Dallas Market Hall just minutes away from Downtown Dallas on December 27 and 28 and let me tell you this event is one that will be worth the travel if you live outside of Texas.

Join the rest of Texas in celebrating New Years’ weekend for a truly memorable end of year experience. Day 1 includes performances from Skrillex, who continues to rise up the charts even as a solo performer after releasing hit singles with artists such as Ty Dolla $ign, TroyBoi and Ed Sheeran. Also sharing the stage is 2019 GRAMMY nominee Porter Robinson’s side project and alter-ego, Virtual Self, an homage to the 90s and 2000s-style electronic music that inspired Robinson to first produce music, while he also continues to tease new music as a followup to his alias’ self-titled debut project in 2017.

On Day 2 LAN alumni, Bassnectar, will take the stage to headline and close out the festival along with Louis The Child who is preparing for the release of their long-awaited and anticipated debut album.

Other performers who were announced include DJ duo Tritonal, considered by many to one of the biggest DJ acts to ever hail from the state of Texas and who just released their third studio album U & Me this June; UK-born dubstep producer Zomboy; Las Vegas-based electro-house DJ 3LAU; and up-and-coming DJ/producer Slushii, who just released his third album Dream this past December; as well as Kayzo; San Holo; Herobust; Elephante and more.

To purchase tickets visit the Festivals official website: https://lightsallnight.com/ , they even offer payment plans so really, you have no excuse to not go and celebrate the end of 2019 in Dallas, Texas.

Ingrid Michaelson Gets Her Strange On In LA. 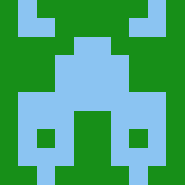 Sabrina Is Not In This Chat Plays L.A. At The Bootleg Theater

Check Out More Photos Of Zolita At The Billy Ball!!!